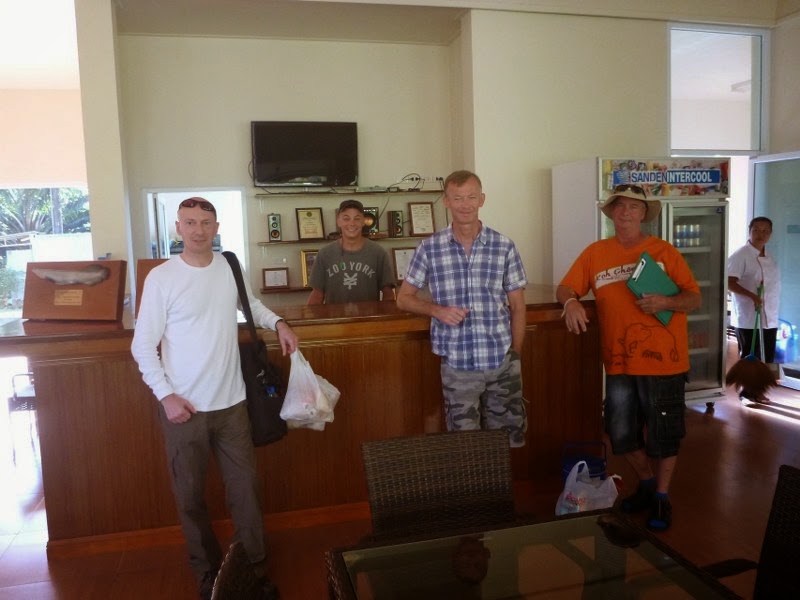 Thaidate: Thursday 11th December. Location...Mike Bailey's Exotic Fishing Thailand in the Phang Gnaa district to the north of the fair island of Phuket. Away party of four...(L to R) Richard Heaseman from Devizes, Mark Butland from Porchester and Jeffrey Whittard from Bristol. Person in far right...unidentified Thai gal trying to infiltrate photo call as only Thai gals can. Fourth member....Whittall of Weymouth taking the photographs and making the tea. 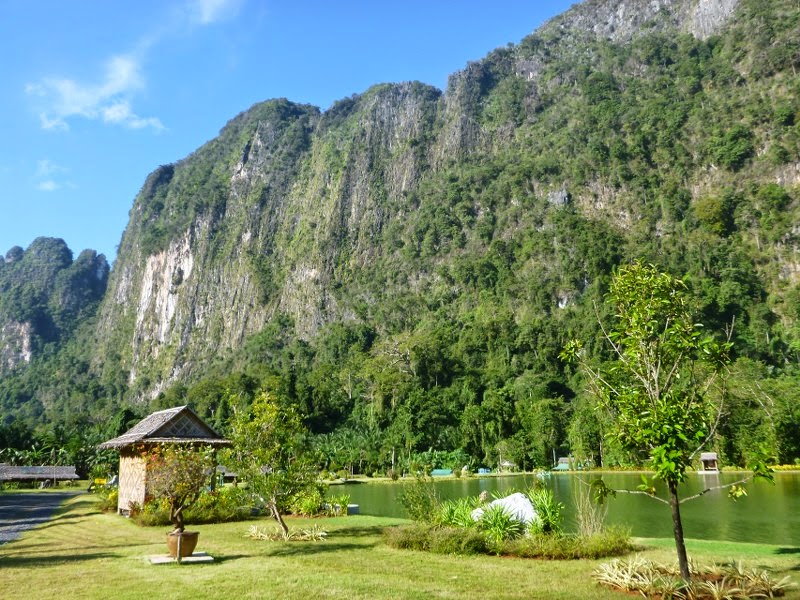 Scenery....stunning. The remanants of the largest coral reef ever known on the planet stretching over 3,000 miles in a Nor-easterly direction through Thailand, Cambodia, Vietnam and China act as a panoramic backdrop to the lake. 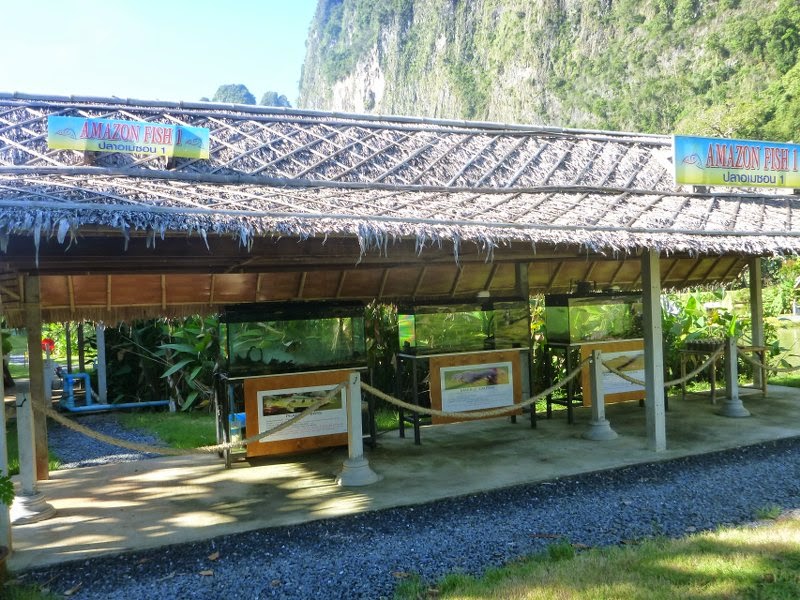 Mike has been very busy. The lake and its surroundings have seen many changes since our last visit in March. Set lower, on a walkway behind the main lake, are a number of aquariums with exotic fish from around the world and which have been introduced to the lake. Names of the fish, record size of the species in question, size of the biggest to be caught in the lake and other details add to the visitors increasing knowledge of these global species. 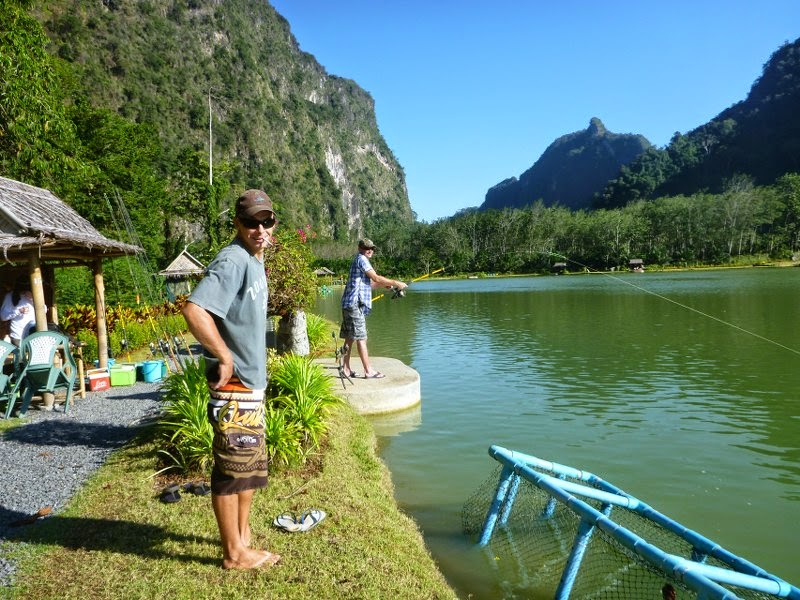 And here we go....just starting off...with Mike's Number One man, Ross from Canada in the foreground. Ross co-ordinates everything and makes sure all the anglers around the lake are well cared for by the Thai staff. Apart from making sure the fishing goes smoothly and any monsters are carefully unhooked and presented for photographing, the staff at EFT are always on hand to take refreshment and food orders....we were totally spoilt all day. A normal drive from the Phuket house to EFT takes us about 2 hours. With the lunatic Whittard at the wheel we were there in under 90 minutes. I was still in the recently finished and splendid resturant having a 'stiff one' to regale my shattered wits when Whittard bent into the first fish of the day literally minutes after casting in. Serves him right that I wasnt there to take a photo.....lunatic! (Seriously thought we were going to be shot on the way home thanks to his road rage scenario!!)

The three anglerds totalled 19 fish and 7 species between them with 3 fish over the magic 100lb mark and one well over the 200lb mark!!  This is all amazing....we are very fortunate to be experiencing this incredible fishing during our time over here. Our next trip, a two day extravaganza, will take place between Boxing Day and the New Year. We shall be joined by Steve and Janey Thorne plus Gary and Mandy Chard. Mark will still be with us as he is on a nice short holiday of six weeks....well, why wouldn't you??

Thanks to everyone involved at EFT for giving us such a great day and wonderful memories. See you again soon!
Posted by OFFSHORE REBEL THAILAND at 3:15 AM