A day of Phuket Culture 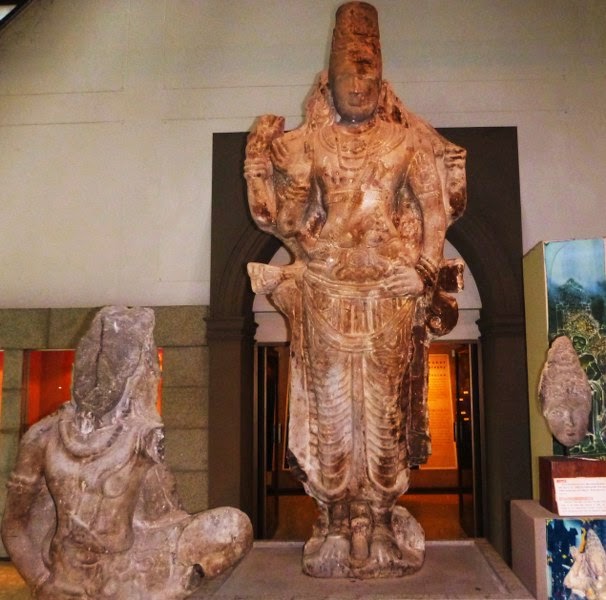 I know that many of you have spent months if not years unravelling the complexities of the Ramayana and that the story forms an essential part of your everyday reading. You will know that as this great Indian epic migrated eastwards over the past 2,000 years it has changed shape as it was adopted and then adapted by whichever country it flowed into. The first two kings of the Thai Chakri Dynasty, (1780 to 1820) infused 'Thainess' into the story and renamed it the Ramagian. Just imagine how deleriously merry everyone must have been when these three statues were found hiding in a tree in the jungles of Phang Gna. Here are the three central characters of the Ramagian itself!

On the left we have Rishi Mara Kanthaya, who became Pra Lak; in the centre is Vishnu himself, the main Hindu God...although Brahma seems to have taken over this central role... who becomes Phra Ram (or Rama) and, on the right, is the head of Nang Phu Thevi who was the inspiration for Sida. Well, everyone knows the story of Rama and Sita, don't they? When Sita was kidnapped by that nasty old buggar Ravanna (who became Tosakan in the Ramagian) and Rama set off to rescue her along with the help of Hannuman, the silver furred Monkey General.

Hannuman discovers Tosakan can't be killed. Why? Because Tosakan had  taken his own heart out and hid it in a casket and in turn hid that deep  inside a mountain. Hannuman has to find the casket containing this heart, which he does, and can then confront the many armed (literally) Tosakan and defeat him.Well shiver me old boots if this ain't the story of the Pirates of the Carribean with Jack Sparrow acting out the part and mannerisms of Hannuman.....so the Hollywood Blockbuster came from a 3,000 year old story. 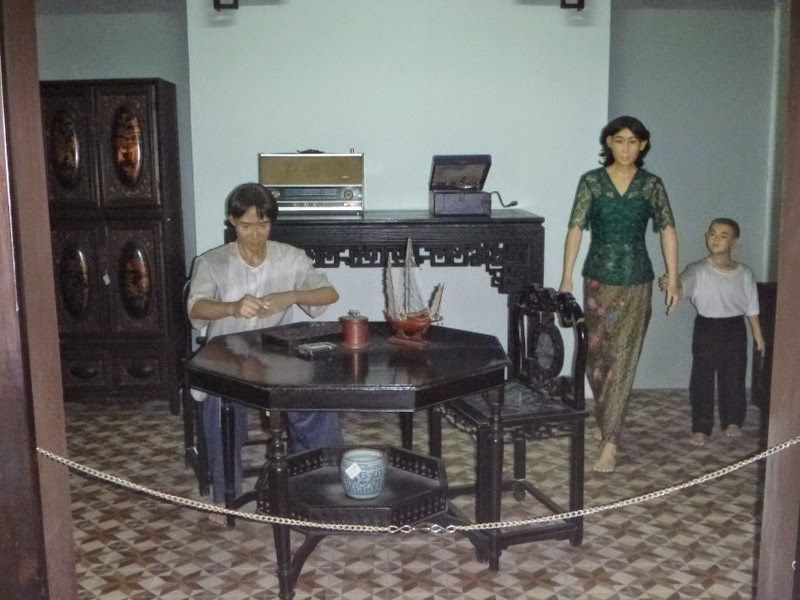 Anyhow....we were at the Phuket History Museum because one of our guests insisted we took him there. Mark Butland applied to be a Museum Curator, such is his deep interest in old things.....and his knowledge of ancient Indian myths is a joy to listen to.

The museum dedicates a part of itself to the influence of the Chinese on Phuket. 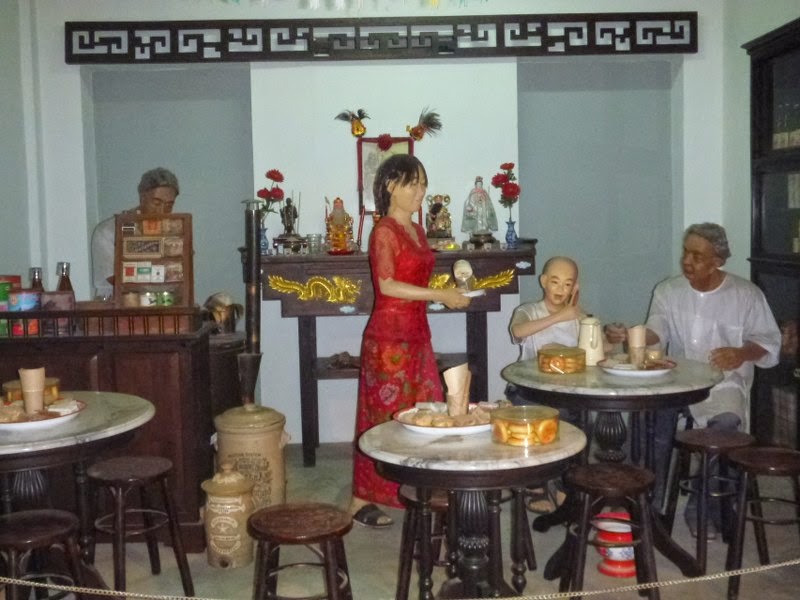 There's a couple of model rooms set up to show typical Chinese businesses at work and these correspond to the very impressive restoration work in the old part of Phuket Town where many wealthy Chinese had their colourful homes 1850 to 1920. 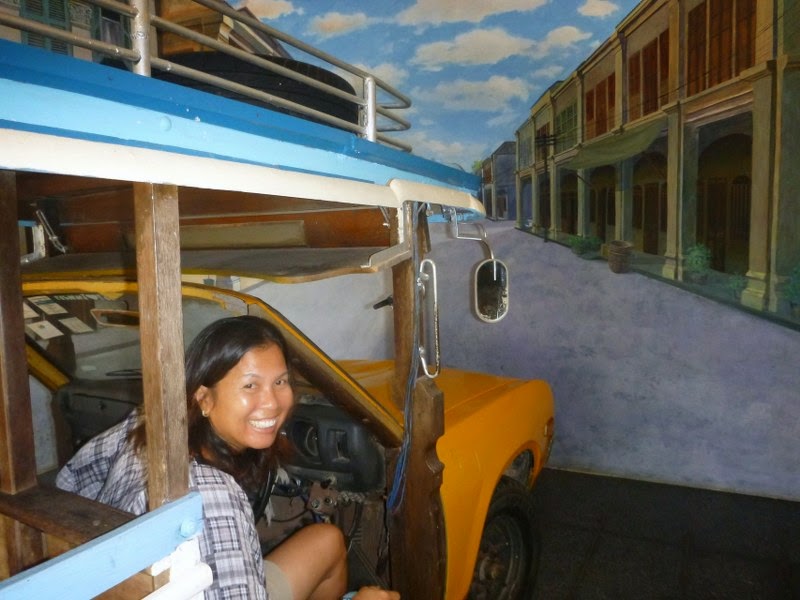 Now, whilst Mark was showing me around and explaining all these fascinating insights, The Jai was off mucking about in her usual style. Here she is in a truck that had a big sign by it saying 'Don't Touch' etc. It can be seen how obedient she is. 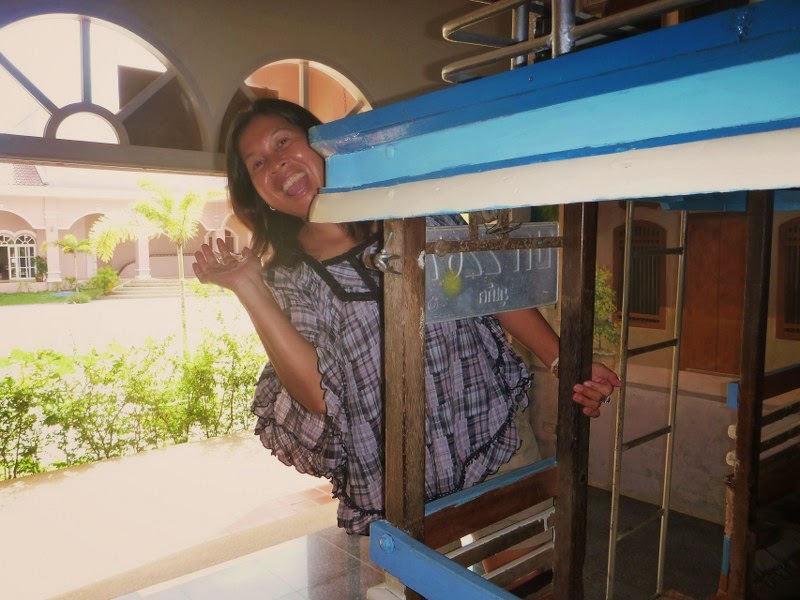 I mean!!! What IS she up to, eh??? Nice to show the exhibits the respect due to them. 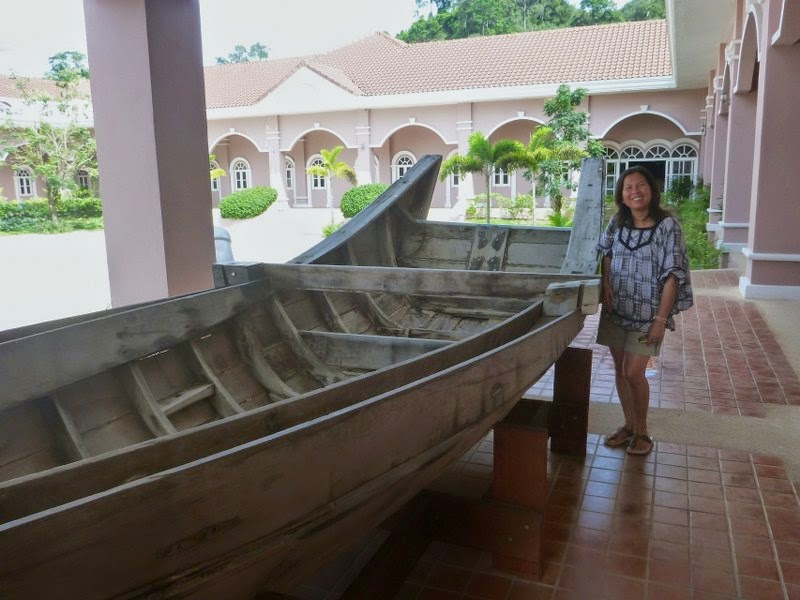 Jai's ancestors came from China. Here's the family boat...preserved for future generations of the Chansongsri dynasty. Jai tells me her Grandpappy was actually the inspiration for the Thai/Chinese equivalent of Popeye.
Posted by OFFSHORE REBEL THAILAND at 6:14 AM