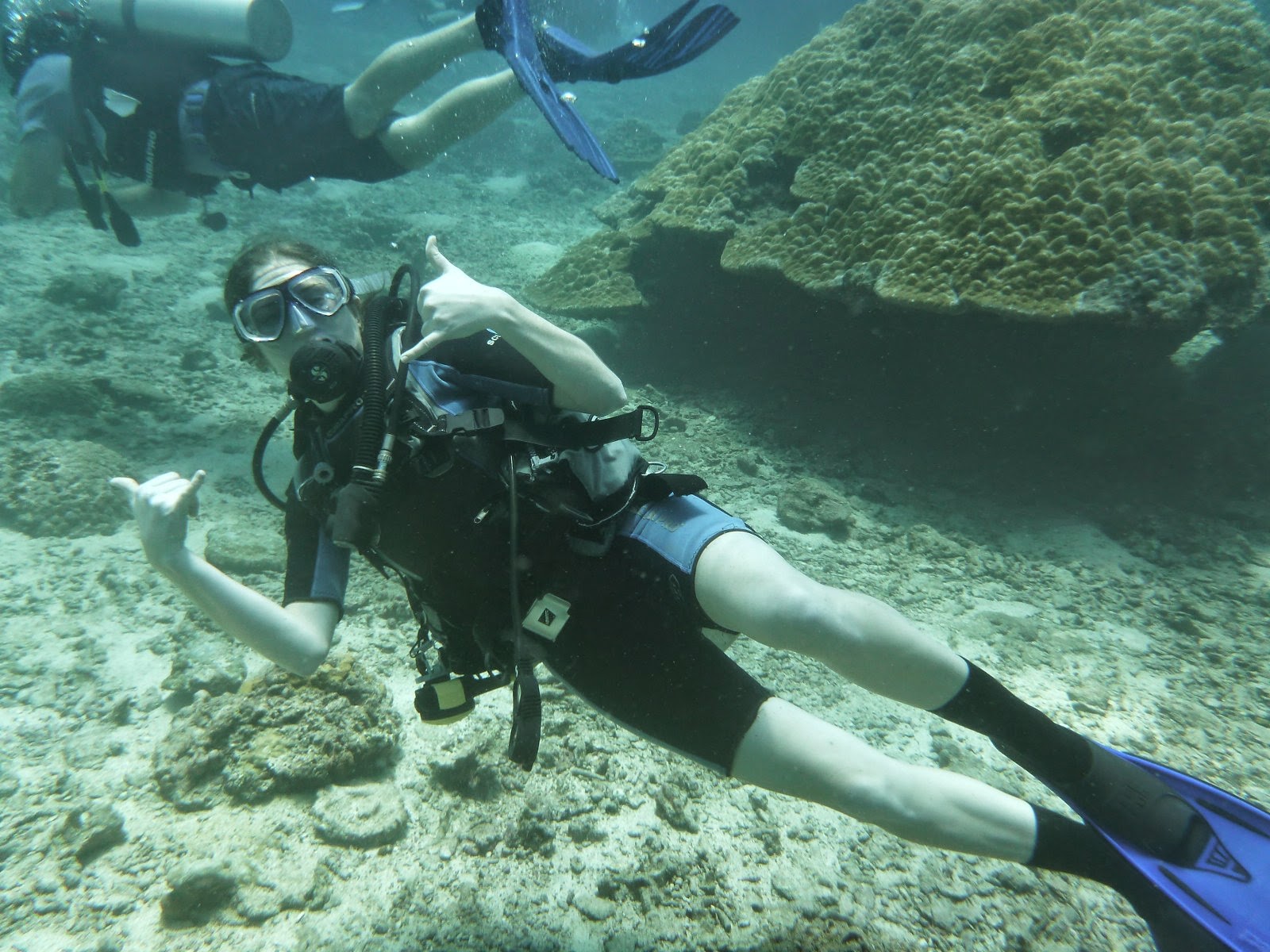 On some dives it is hard to believe you are underwater. On Saturday we had such a day when the visability was outstandingly clear...reallyt amazing. Here we are at about 20mtrs. Crystal clear and 28 degrees C. what a delight to be diving. 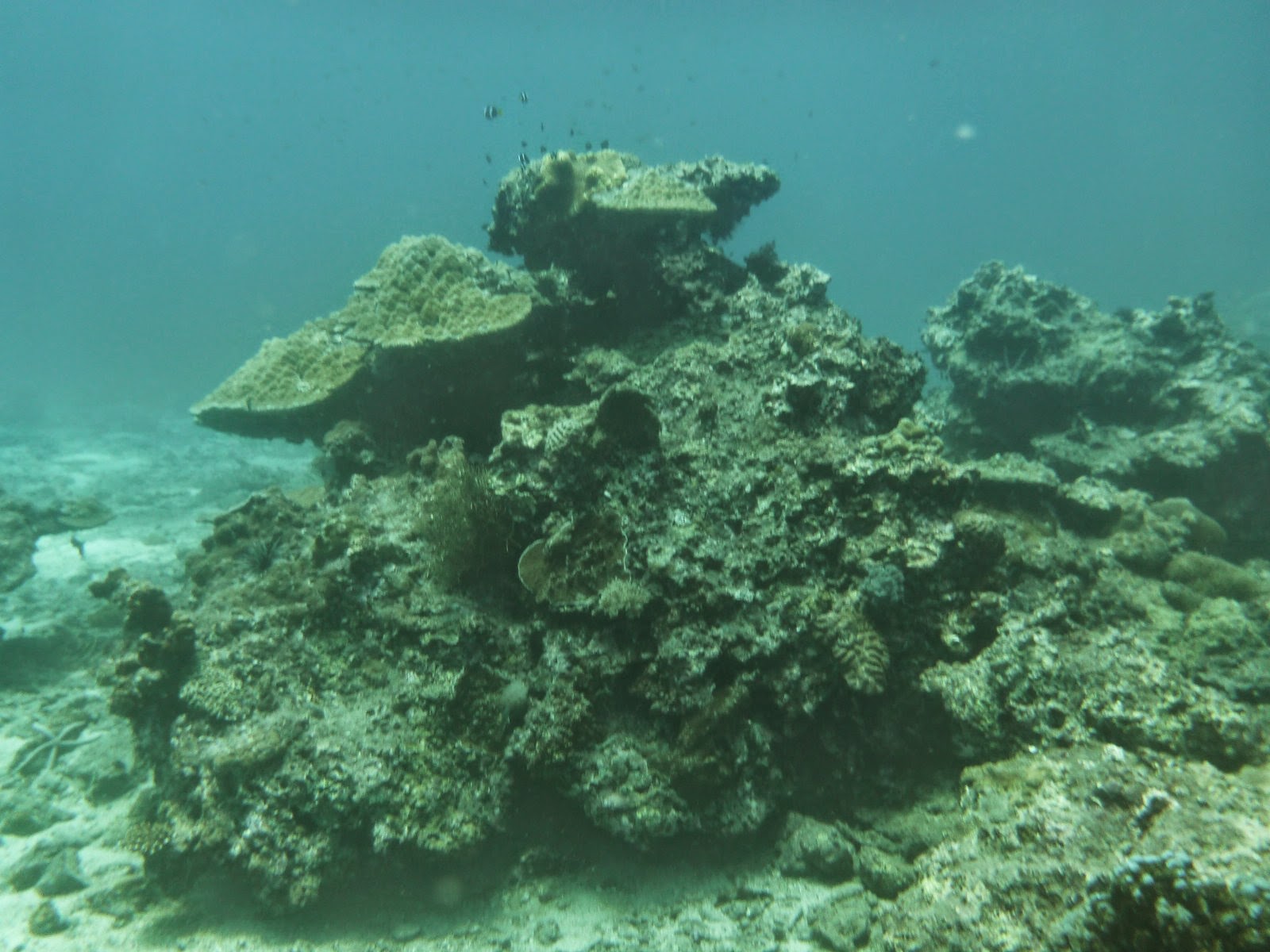 Pi Pi is well known for its coral formations. Although there was a good deal of damage in the Tsunami there are still plenty of nice formations to admire. 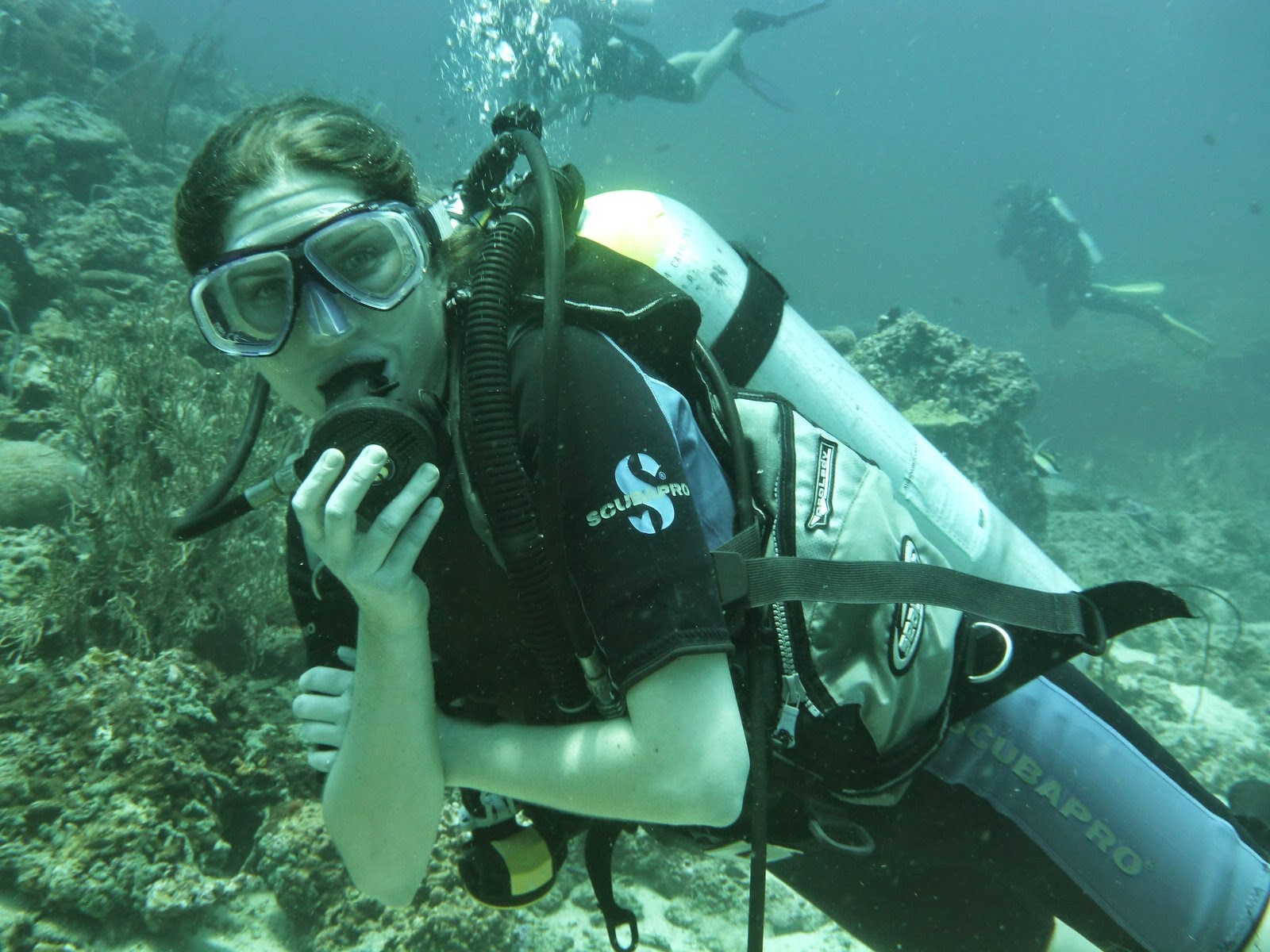 We saw lots of barracuda and trevelly on these dives...as well as so many species that there would be too many to list. 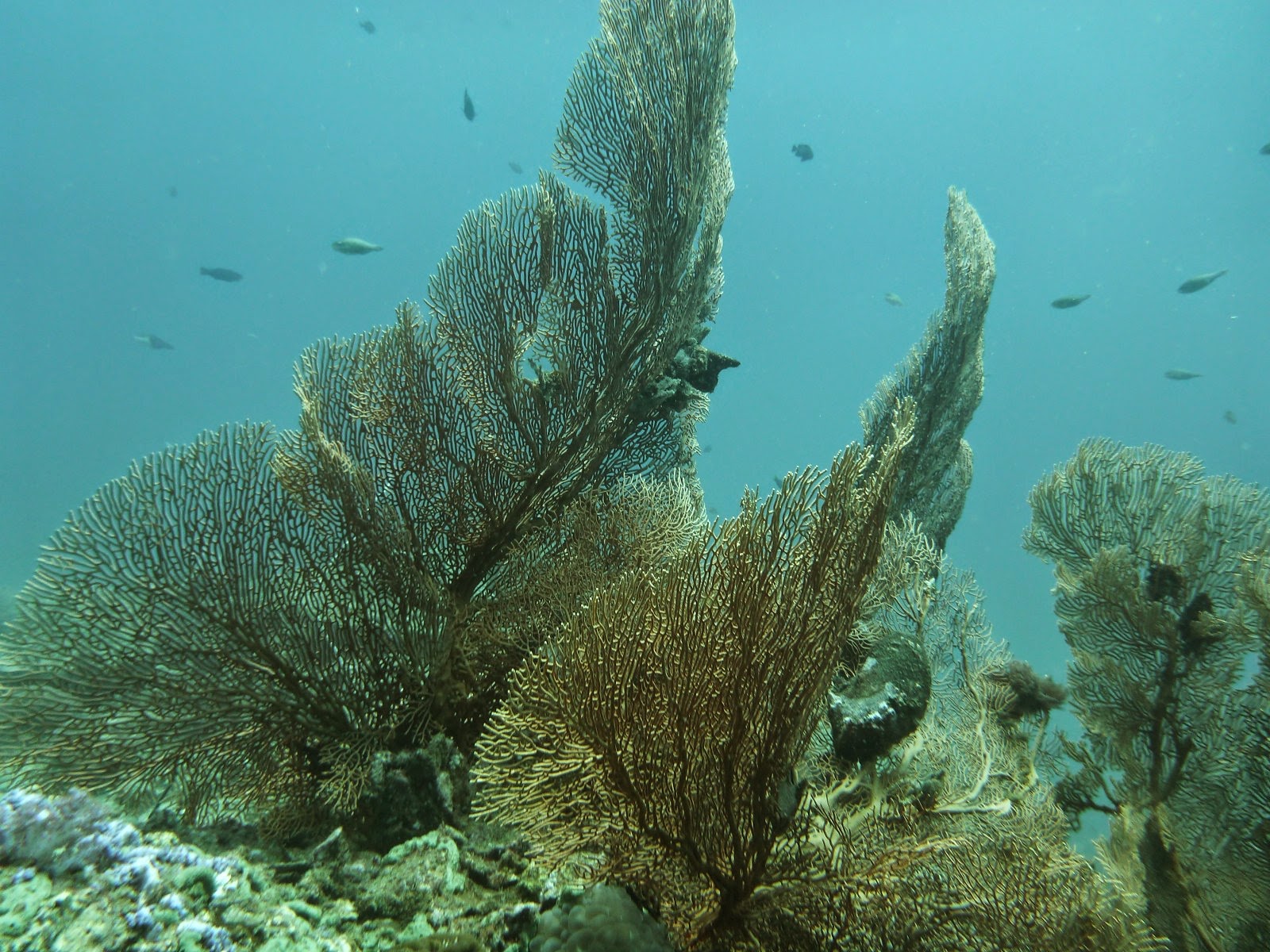 Impressive soft corals all over the dive sights shelter a whole range of species. 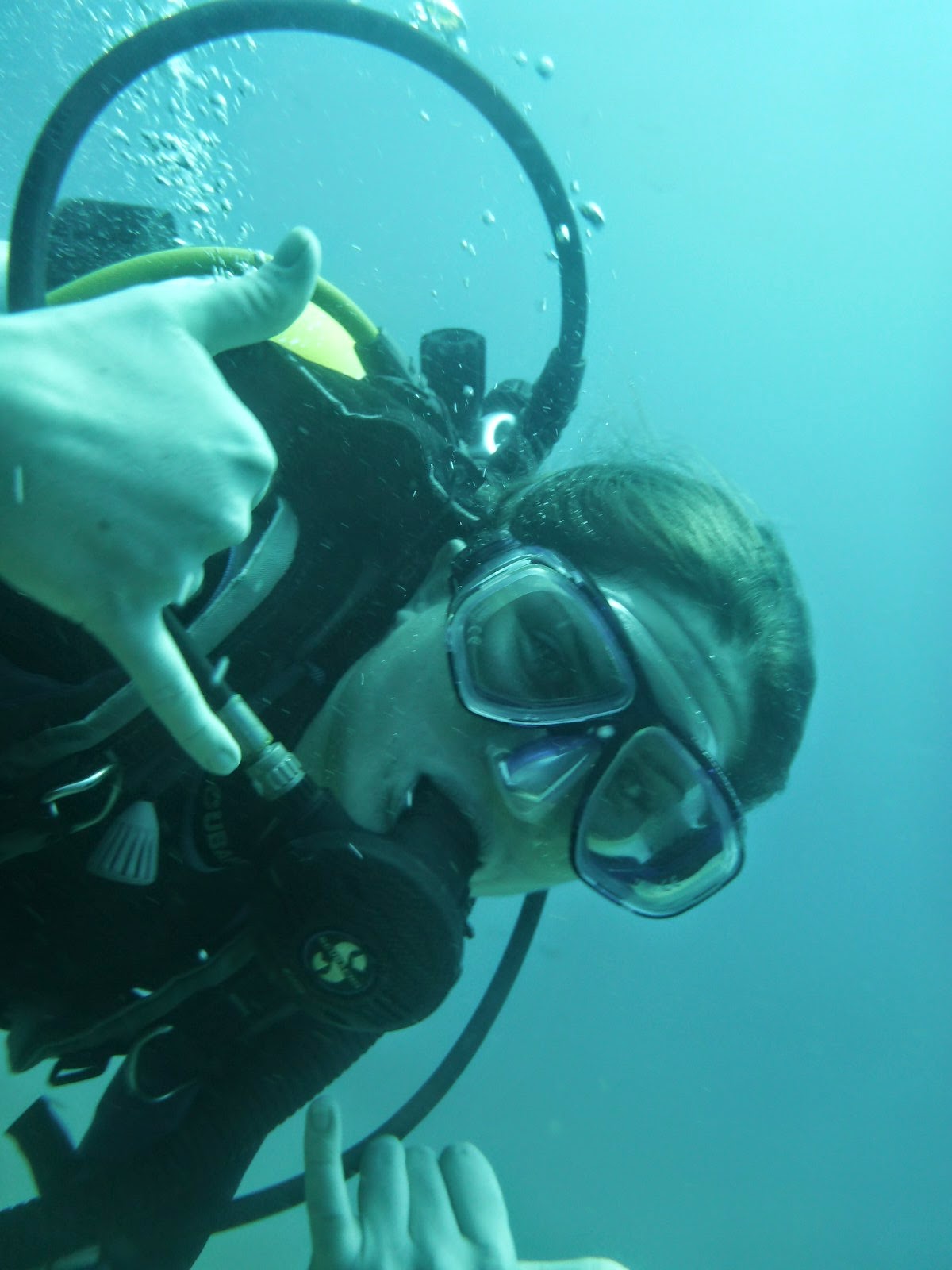 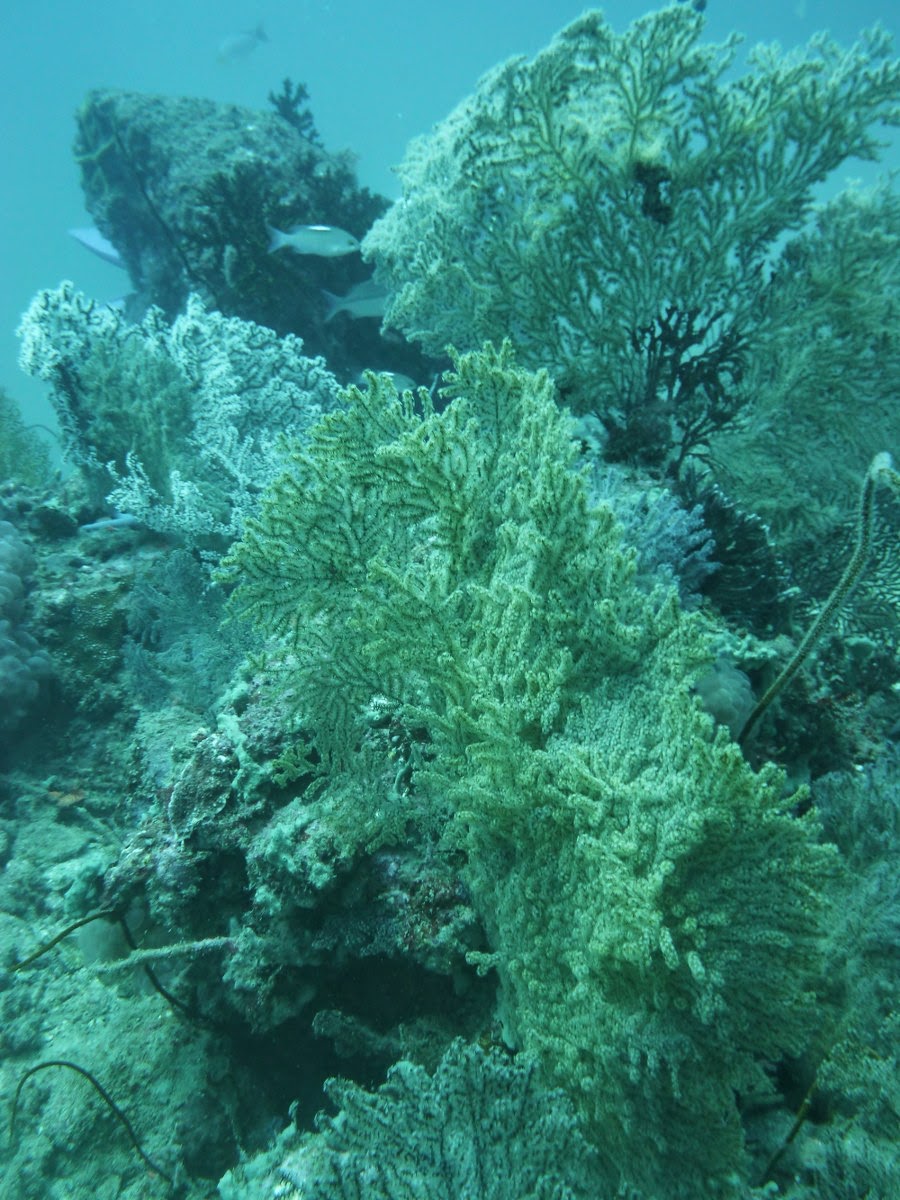 There's such a jumble of life and different things to look at that in such amazing visability it's hard to know where to look. 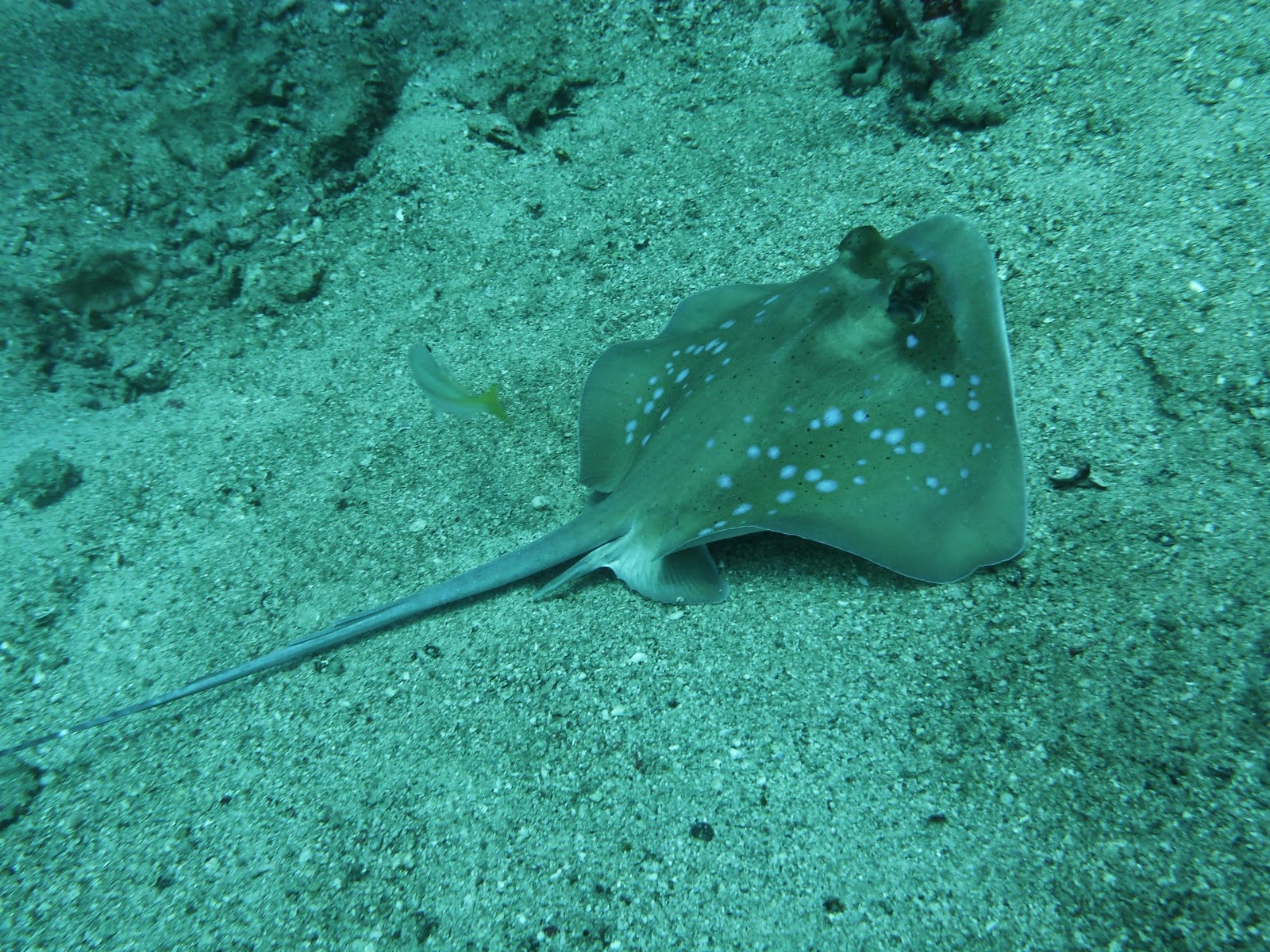 Nice to see a blue spotted stingray in such clarity. We see loads in Kata  but conditions are often very murky these days...a direct result of the endless pollution pouring into the Andman Sea from the many hotels and buildings. 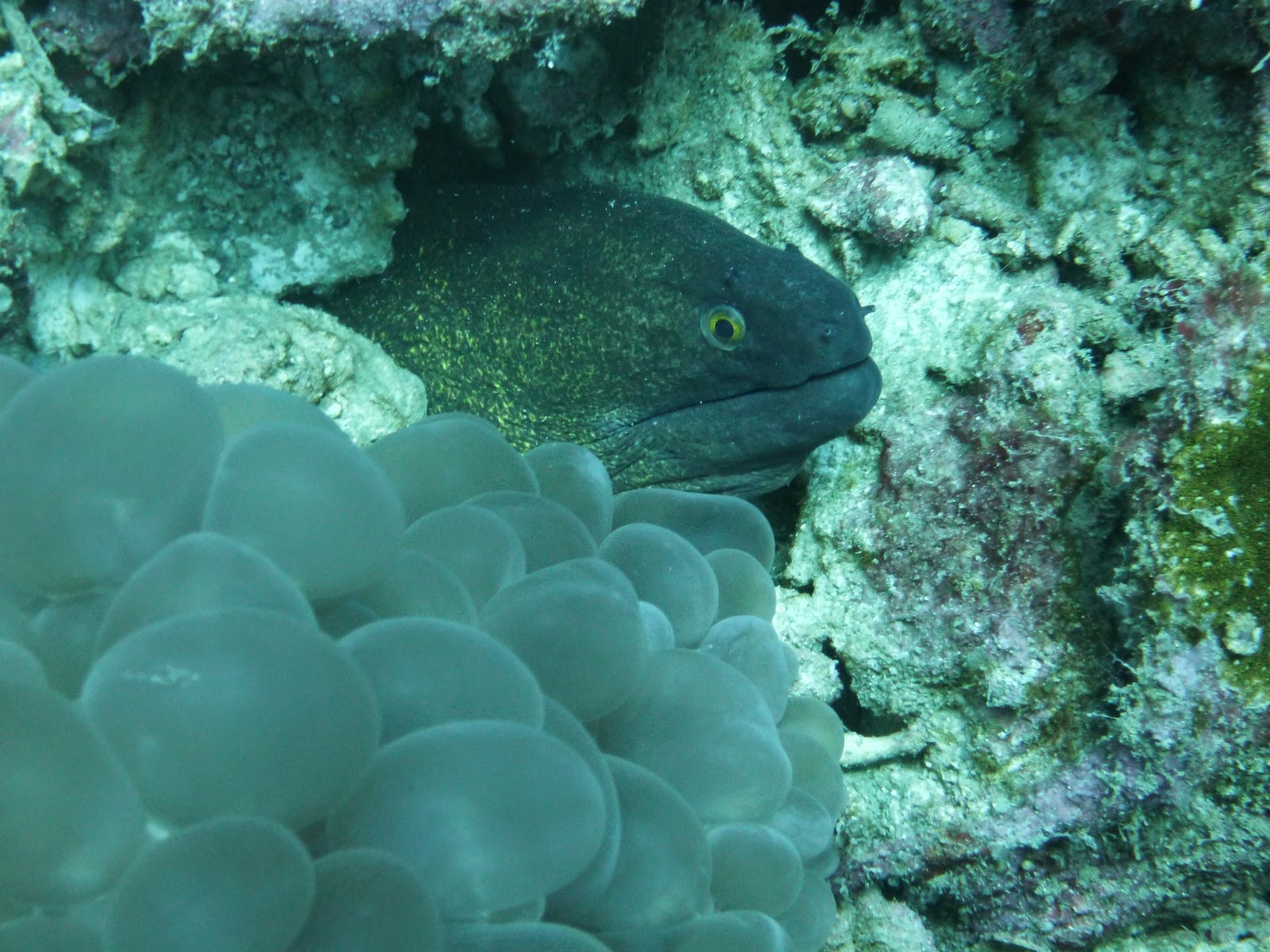 But not here around Pi Pi Islands...it's all pristine with lots of interesting fish to see. 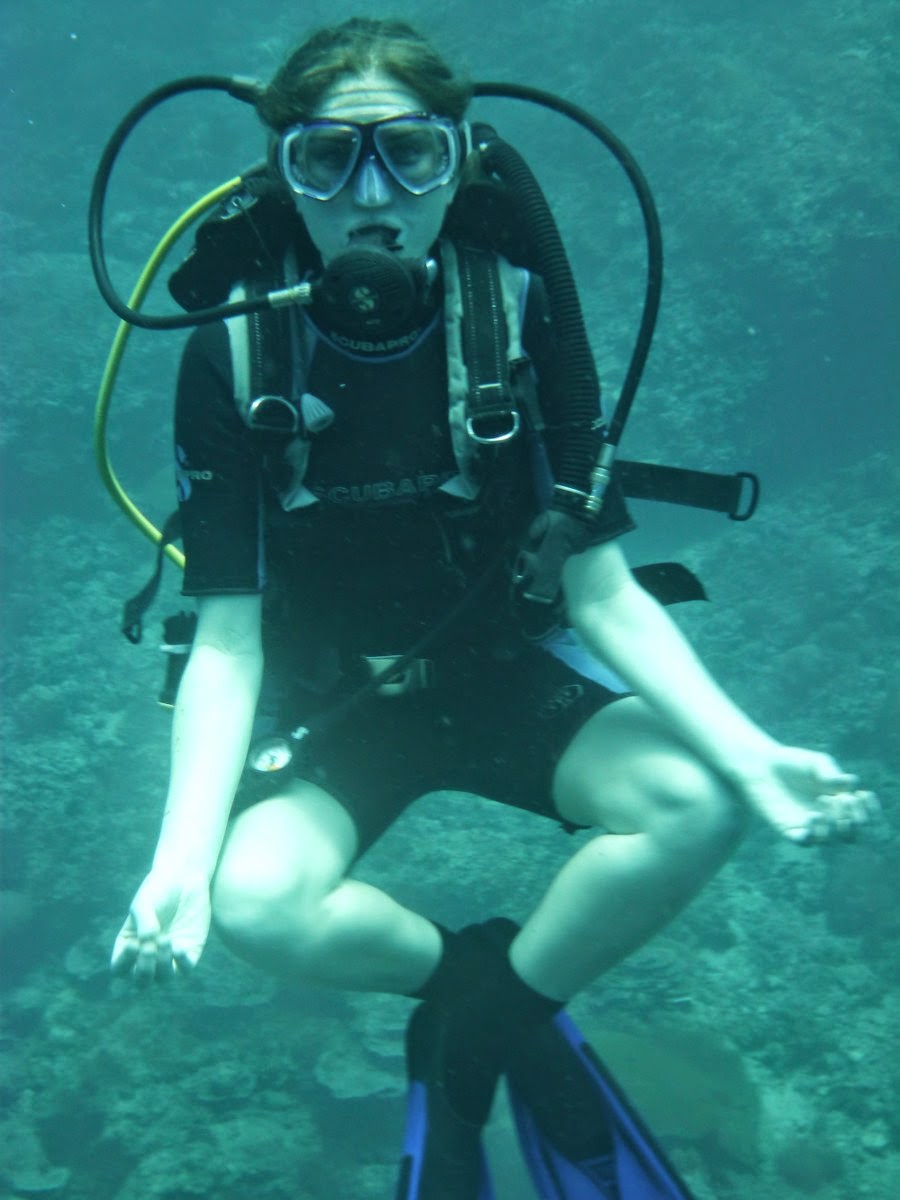 Ah...the early days of Advanced Open Water when any opportunity to practice a bit of Peak Performance Buoyancy Control is to be taken!! 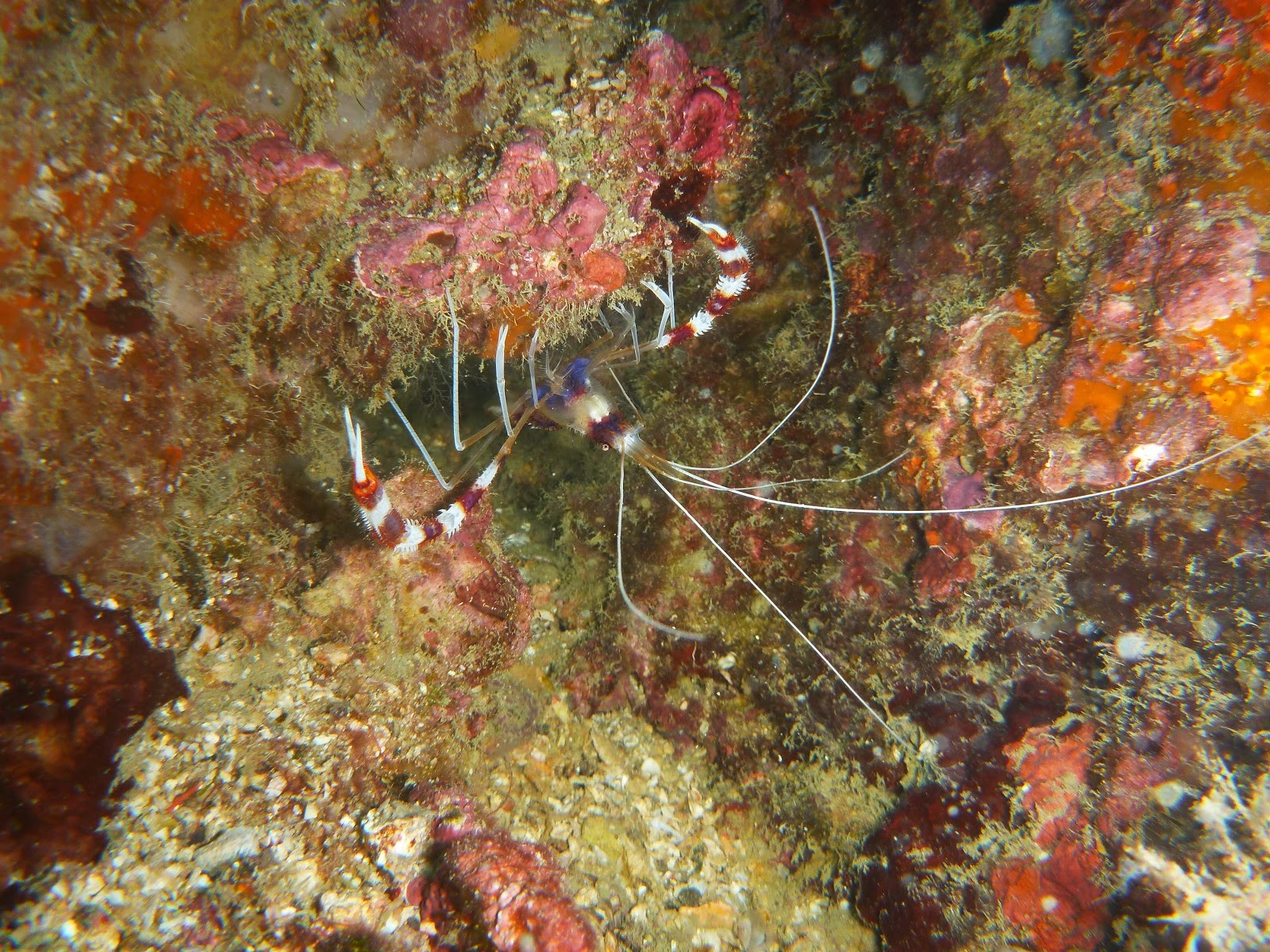 Later in the day we were diving in stacks of tide and terrible visability...which required very close inspection of the dive site. we were rewarded with little creatures wsuch as these shrimps.... 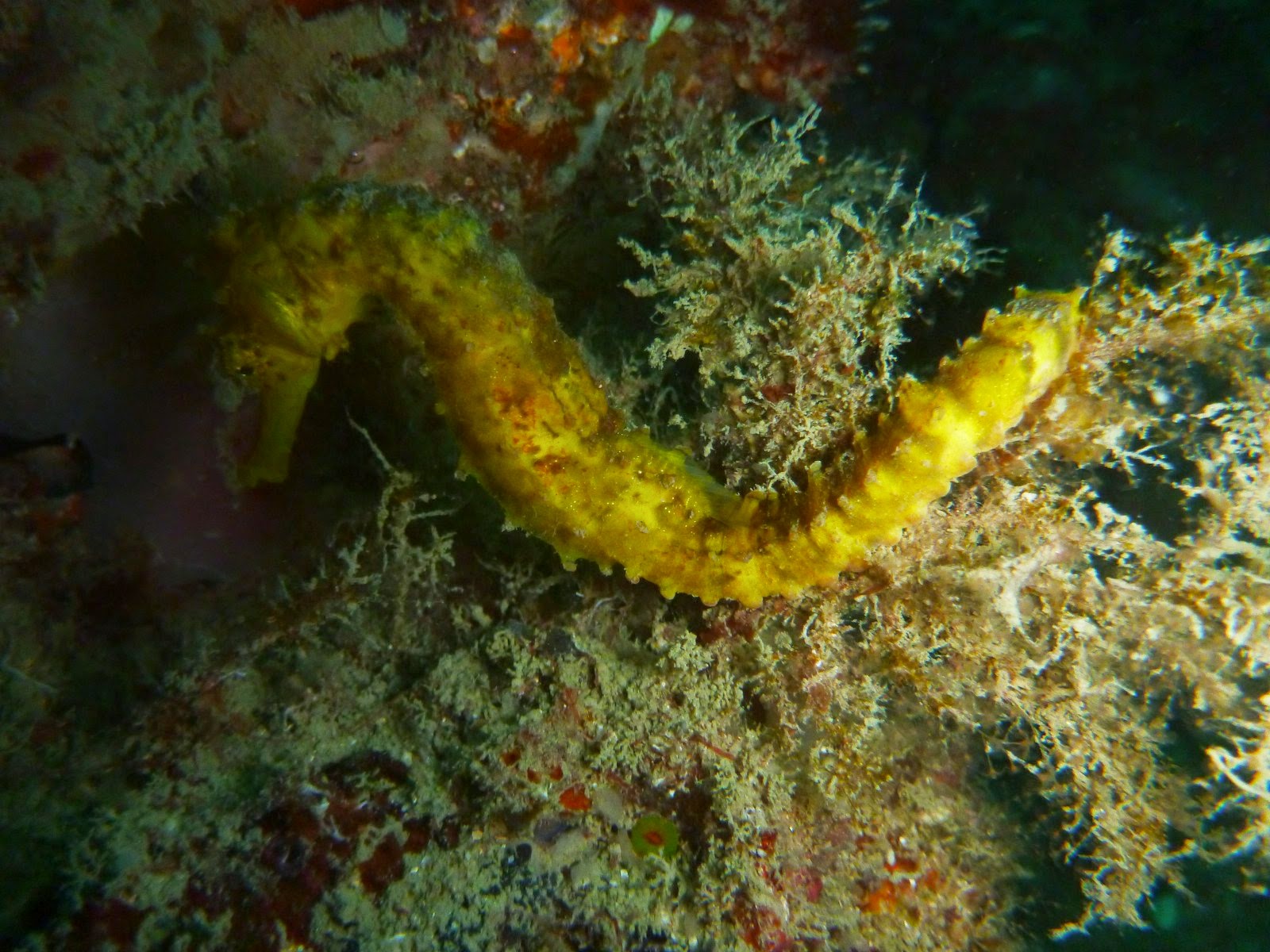 ...and several colourful seahorses....always a wonderful discovery amongst the densely packed coral. 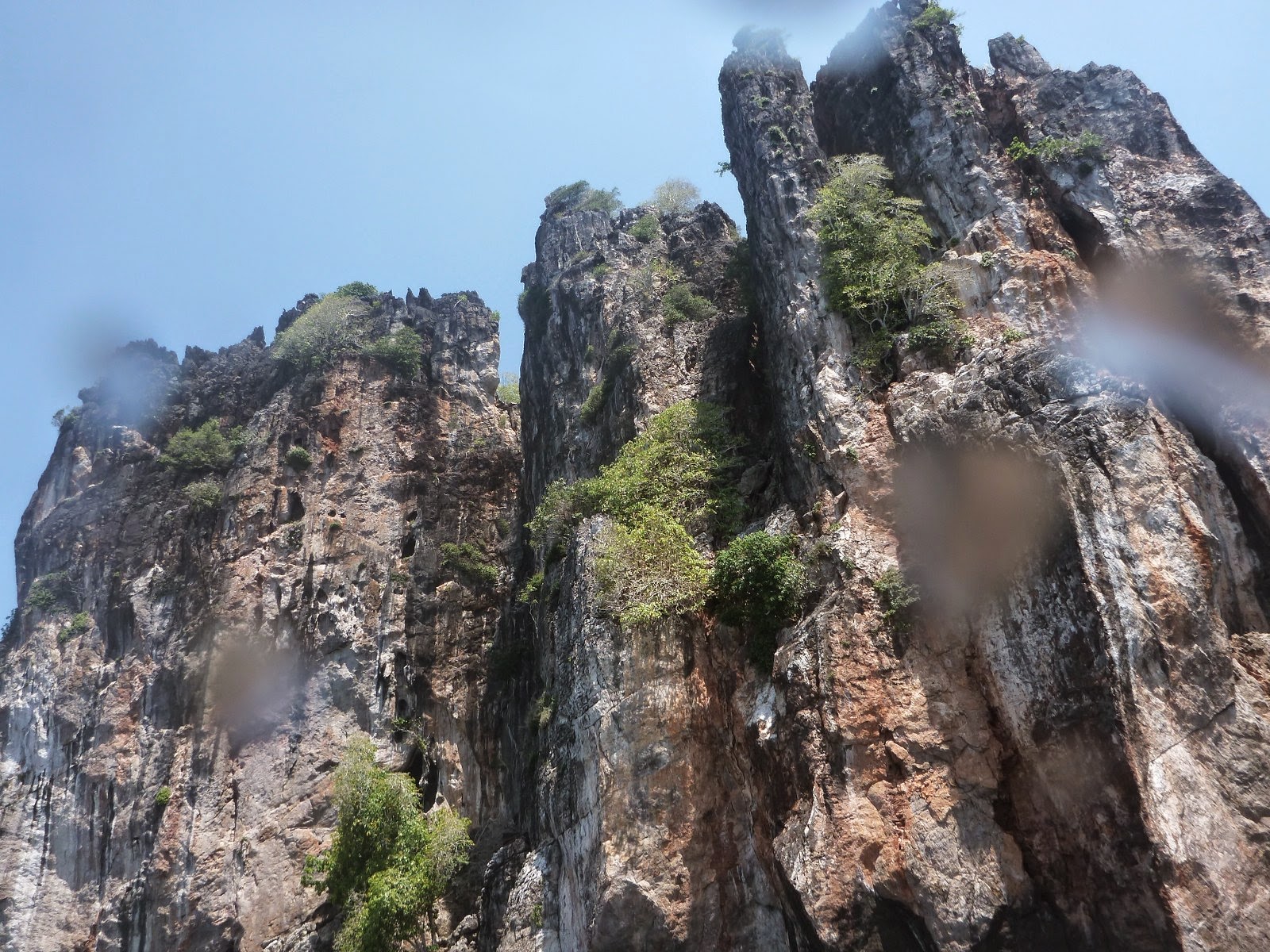 The small creatures above were at Koh Doc Mai...which is a Karst formation. This is what it looks like above sea level.


Posted by OFFSHORE REBEL THAILAND at 12:17 AM No comments:

Posted by OFFSHORE REBEL THAILAND at 9:21 PM No comments:


Posted by OFFSHORE REBEL THAILAND at 6:26 AM No comments: