A trip to Jai's Family Home

It was Jai's ambition to put all her last 2 year's earnings into 'doing up' the Family Home in Pitsanalok, 150 miles north of Bangkok. 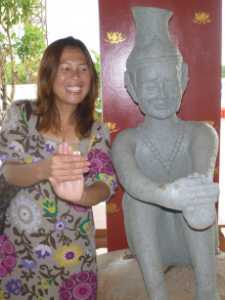 In Thailand the family home is not something to part with. It's the place where generations of the same Thai family return and often retire. Whoever is 'willed' the Family Home has a great responsibility for its upkeep for the benefit of the whole family. As Jai is the eldest (and has the most dosh thanks to you chaps!) her parents handed over the Family Home to her. 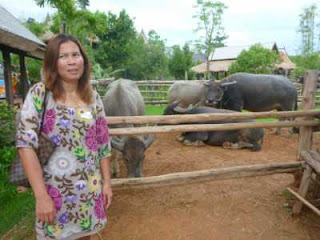 Jai's has taken this all very seriously and over the past 5 months a massive amount of work, mainly woodwork, has taken place with what was basically a big open barn on stilts now divided up into separate rooms along Western lines. Now there are several bedrooms and a sitting room with proper electrics and room fans installed. Next year, Jai plans to have a proper shower room and kitchen installed. 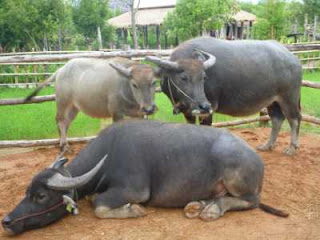 To celebrate the renovation of the family home and Jai's nepthew entering the monkhood (all Thai Buddhist males spend a period of time in the Temple as a Monk) a village celebration has been announced with Jai as the gust of honour for making this all happen. 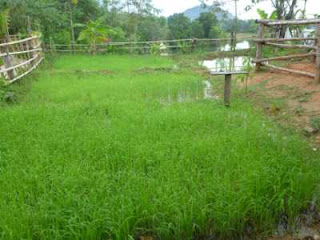 Jai's family still have a few water buffalo to work in the rice fields (rice above) as well as a battered old tractor. 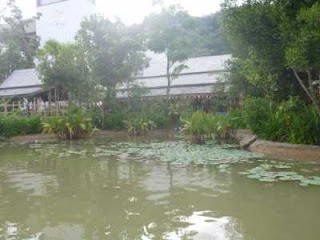 The house has a fish pond as do most rural properties in the north of Thailand....nice lot of carp in here...used for eating of course. 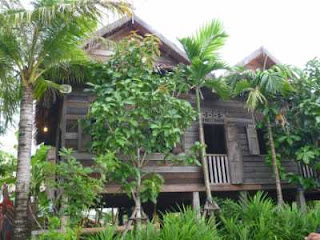 This is part of the house....mainly teak. It was originally built in the early 1900's when Jai's Grandfather emigrated from China and married into a Thai family. You can tell Jai comes from a Chinese background because of her family surname. The Chinese were given Thai surnames and the number of syllables in that name indicate how long ago the name was given. Jai has three syllables 'CHAN-SONG-SRI' which tells the authorities that her Grandfather was Chinese??? 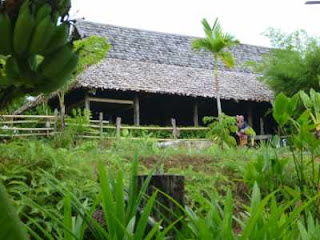 An idyllic rural setting, eh?? But it's seriously hot here right now and there's no chance I could survive staying overnight as I'd be eaten alive by the mosquitoes!!! 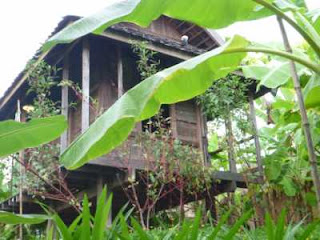 Another angle on part of the family home. 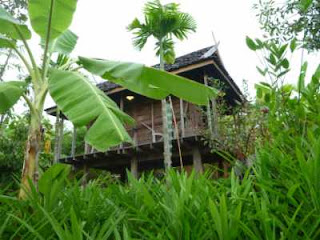 This is where some of the rice is stored...well above ground and away from flooding. 2 years ago, the farm was all but destroyed by the floods so the building have been raised up on new and higher 'stilts'. 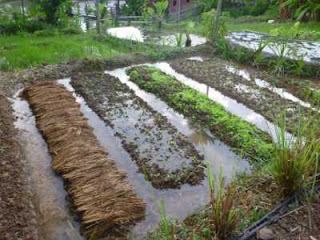 Part of a rice field being prepared for another planting session. 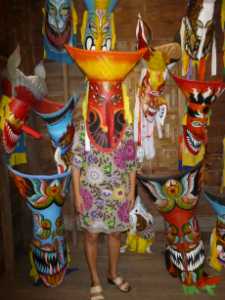 Now, here's the best photo I've got of Jai. Dressed up in one of the costumes to be used for the forth-coming festivities, Jai looks at her absolute best!!!!


Well, Dear Readers (bit of Jane Austin there for you), it seems I have just a handful of days left here in The Land of Smiles. I am told it's returned to being freezing back in Weymouth and over here it's too hot for a Dorset Yokel like me to handle...

Offshore Rebel has undergone a major hull refurbishment over the winter and I am told looks just like new again. The boat is due to be relaunched on Friday 15th and bought back to its mooring by Mr Chris Tett who has been good enough to oversee the project. I return on Tueday 19th, spend the day getting used to the boat and weather on the 20th and then, if the weather lets me, I shall be returning to the delights of plaice and turbot fishing for a two day charter on 21st/22nd March.

See You All Soon!!
Posted by OFFSHORE REBEL THAILAND at 3:09 AM 9 comments: 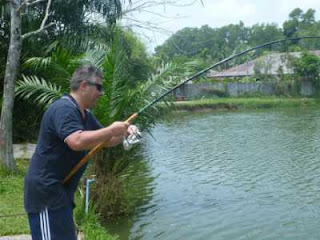 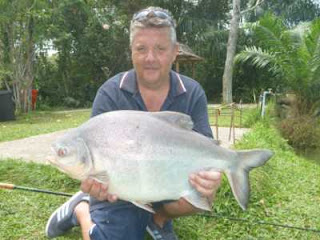 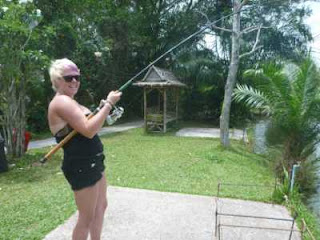 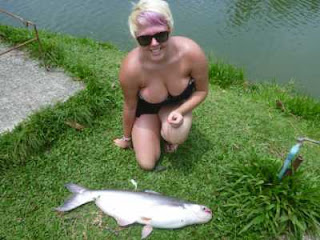 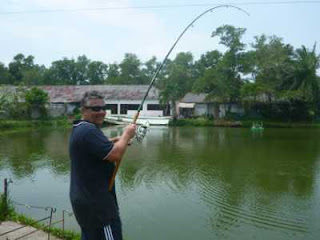 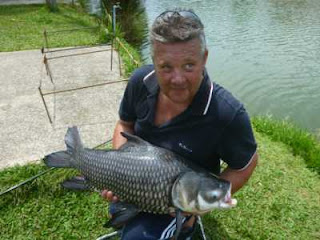 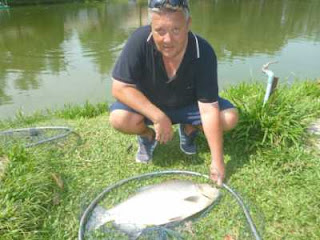 Sadly, that will be my last trip to the lake for this 'season'. We have a number of other adventures planned for next week, which is my final week, but Darren has vowed to get another day at the lake before he returns to chily England....a couple of days after me!!
Posted by OFFSHORE REBEL THAILAND at 1:33 AM 1 comment: