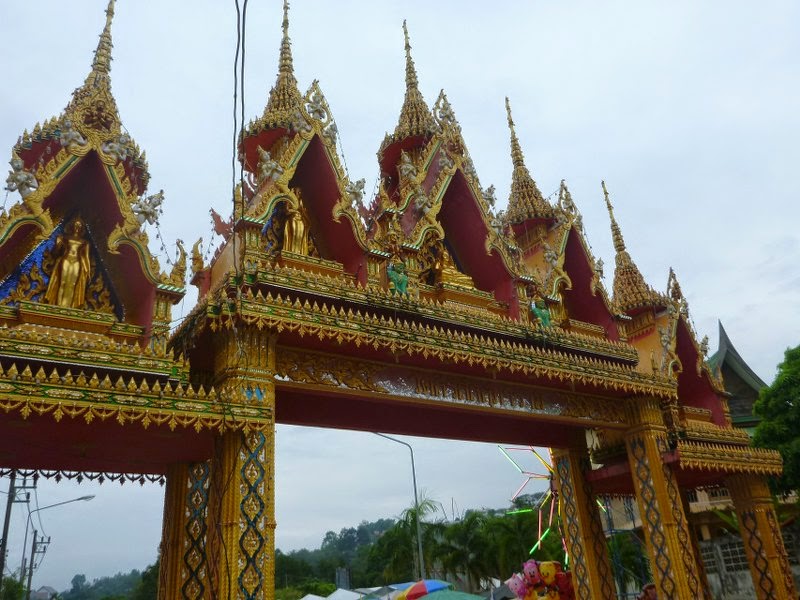 Today we visited Wat Luangpu which is a new Temple just behind the house. This is an extra special Temple as it is where men go to learn to be monks and as such the central building is never normally open to anyone other than those training to be monks.

It is even more unsual for women to be allowed inside. From yesterday (21st Dec) until 27th Dec there is a very special ceremony taking place over 7 days. Because of this women are allowed inside the Inner Sanctum and for most this will be the first time they have ever seen inside this very special building. 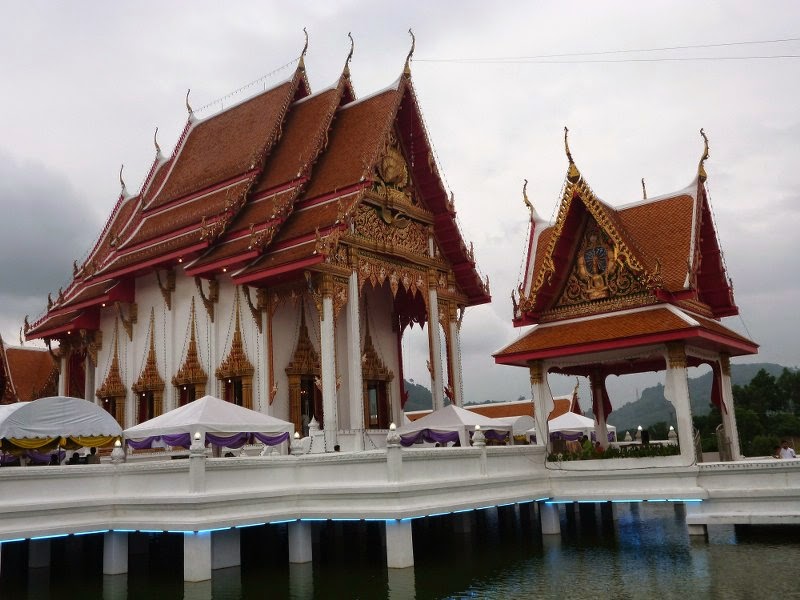 Jai and her friends were extremely excited about this....and, as someone who has been coming here for 11 years now and never seen inside such a sacred part of any Temple, I too was much intrigued.

The larger of the two buildings is The Ubosoth, the Ordination Hall, which is currently open to the public for 7 days. 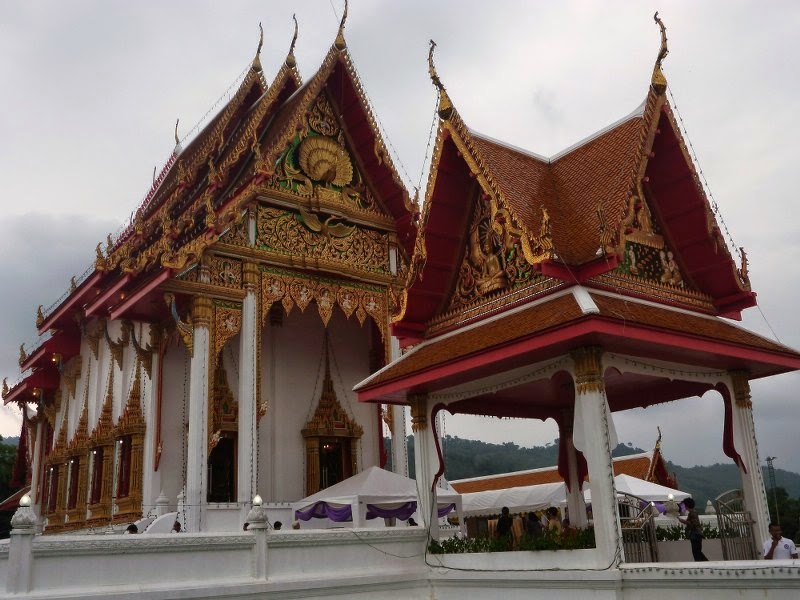 Looking at the exterior of the building gives loads of insights into Thai Mythology which stems from Hinduism. The most obvious feature are the pointed shapes on the roof. Architecturally known as Filials, they refer to the head of the Garuda, the mythological creature that carried Vishnu, the main Hindu God.

The elaborate decoration on the building is full of characters from Thai/Hindu mytholgy intermingled with Buddhist stories. Thai Temples reveal an eloborate story on many levels if you know how to read them. Fascinating stuff. 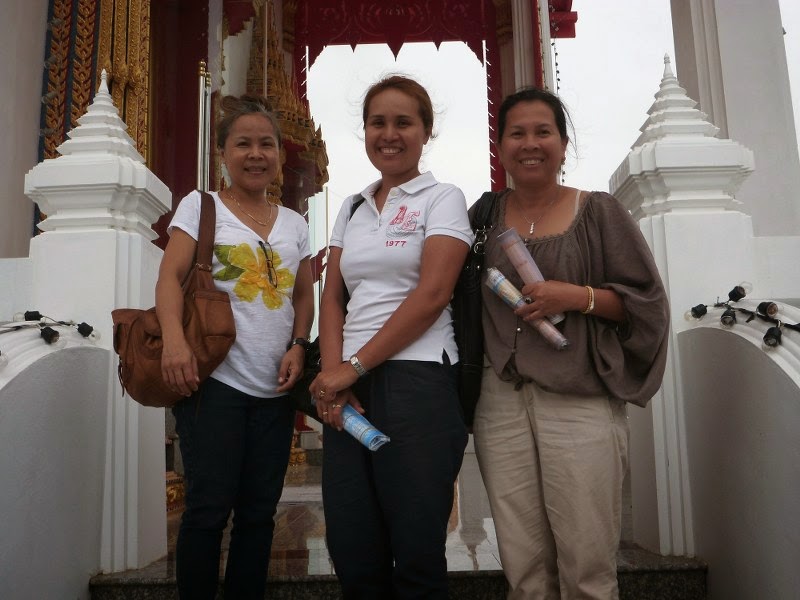 Here our three excited Thai ladies....all seafarers as it happens. From L to R we have Tuk, who has recently completed a lengthy global circumnavigation with her husband in their yacht. Nong is in the middle and is currently running a Catamaran Charter Company sailing in the Phuket area but also to Langkawi in Malaya and the Andaman Islands off Myanmar.and of course we have Jai who is our very own top notch Offshore Rebel crew!! 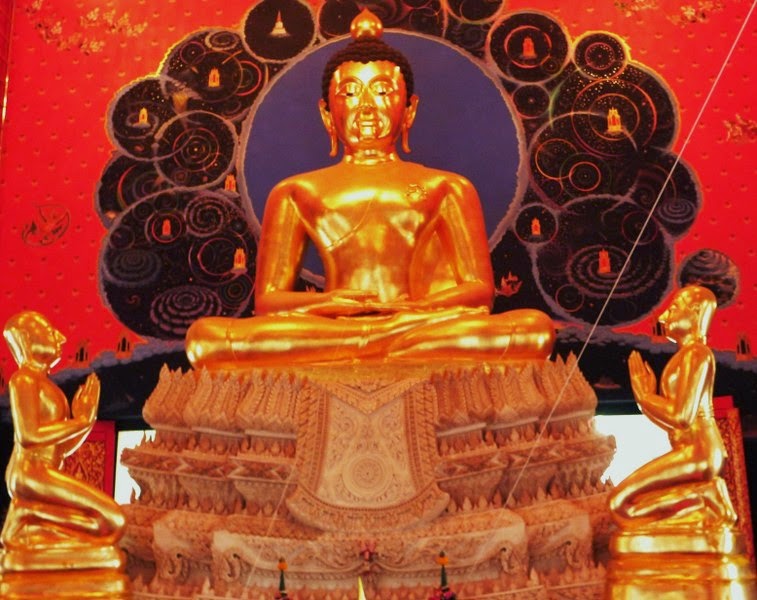 The decoration inside the Ubosoth (or Bot) is as intricate, detailed and as colourful as to be expected. Dominating the interior is a huge Buddha seated on his special throne known as a 'Taan'.

And here are our three ladies enjoying the special privaledge of being allowed inside. this is the first (and probably the last) time they will ever have such an opportunity. 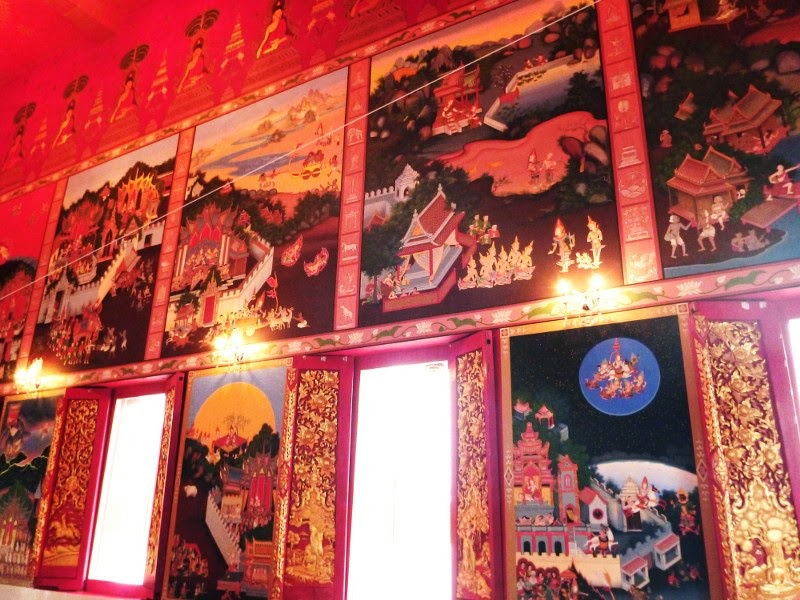 The walls are cover with paintings...all scenes from the Buddha's life on earth but with many references to his previous lifes and the Spiritual World with depictions of the many creatures/gods/divinities that inhabit that level of existence. 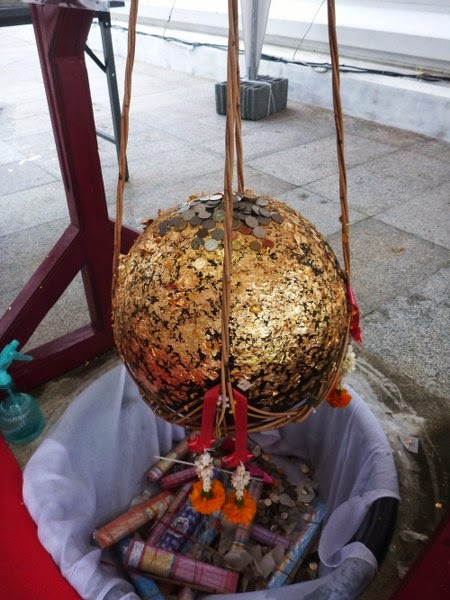 And this is what its all about. Here is one of the nine black balls which will be lowered into the ground and covered on December 27th and will signify the closure of the Ubosoth to the general public. Throughout these 7 days the black balls will be covered in gold leaf, money and good luck scrolls from the thousands of Thai people (and visitors who are welcome to take part in this) who will come to the Temple this week.

These purpose of these black balls, known as Sema Stones, is to mark out the boundaries of the consecrated property of the Sangha (the Buddhist Monastic order) and to identify the building as the Ubosoth.

A very special day for all of us today to see inside this revered building.
Posted by OFFSHORE REBEL THAILAND at 5:13 AM