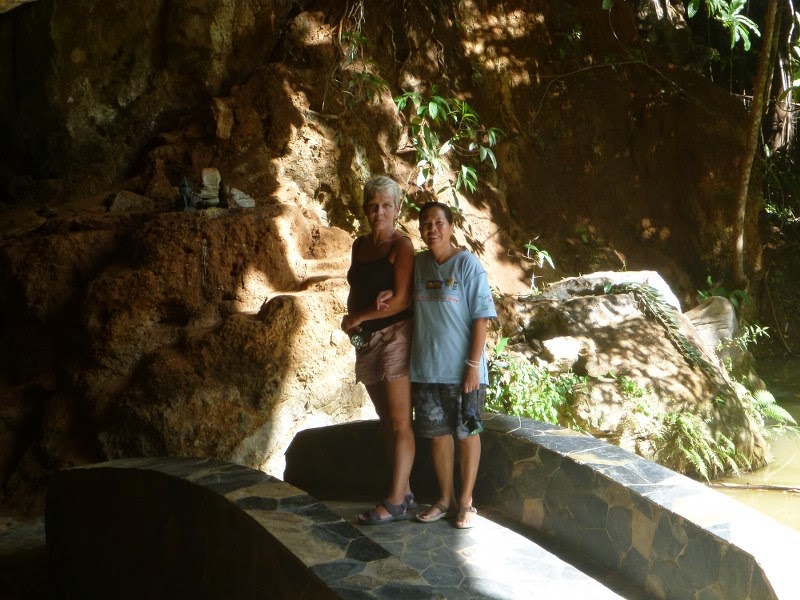 During our latest trip to Mike Bailey's Exotic Fishing Thailand, a daring trio of us broke away from the main angling group to see what else Phang Gna had to offer. I mean, hard tho' it is to comprehend, some of the partners might prefer to do some sight-seeing rather than spending all day watching their bronzing heroes tussle with lake leviathans.

Phang Gna offers some spectacular scenery with several lengthy caves penetrating the interiors of some of the Karst formations. 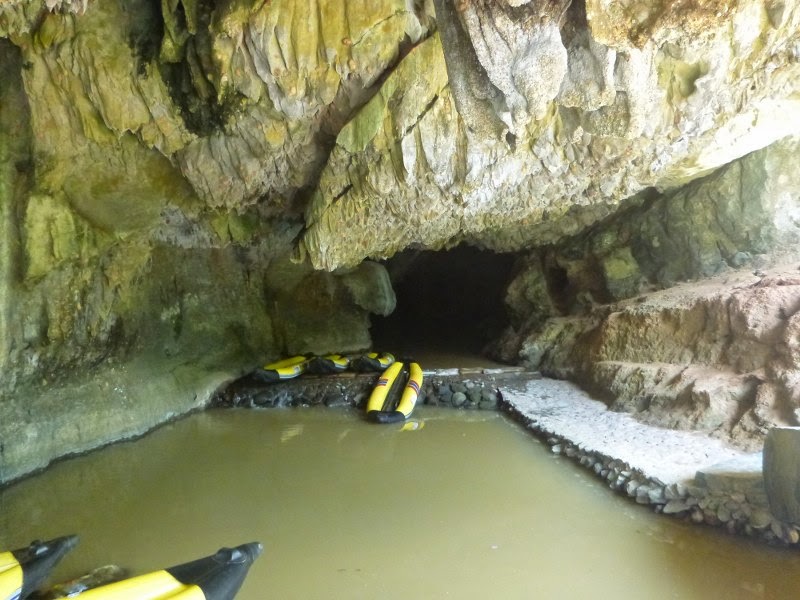 Taking up the challenge of Cave Pentration were our Eastern Explorers Mandy and Jai with me as bag carrier, brow mopper and cameraman.

This is the first scene that confronted our courageous lasses....inflatable kayaks to be used against the rapidly flowing stream to reach the next mode of transport....bamboo rafts which were better equipped to handle the inevitable thumps against the sharp rocks, stalagmites and stalactites that presented what at first appeared to be an impenetrable barrier. 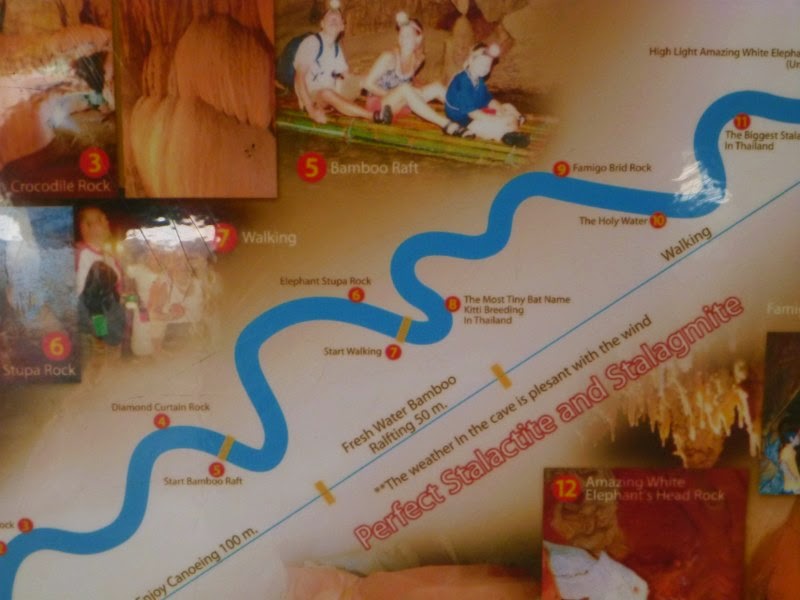 The team had studied the charts of this particular underwater network and were properly equipped with hard hats, head torches, rugged footwear, wet suits and professional guide. 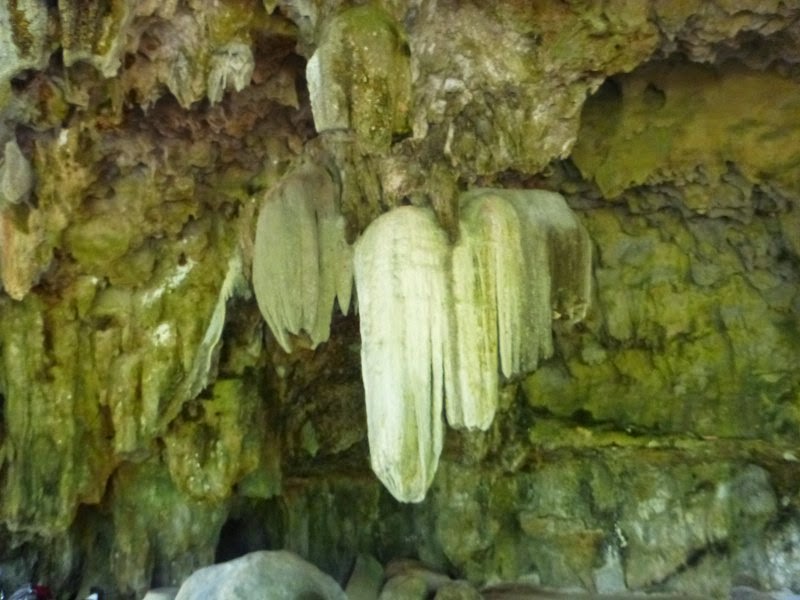 The first part of the cave system had hundreds of bats hanging from the roof. The ceiling was very high but as it lowered the bats gave way to the series of spectaclar natural colours associated with caves. 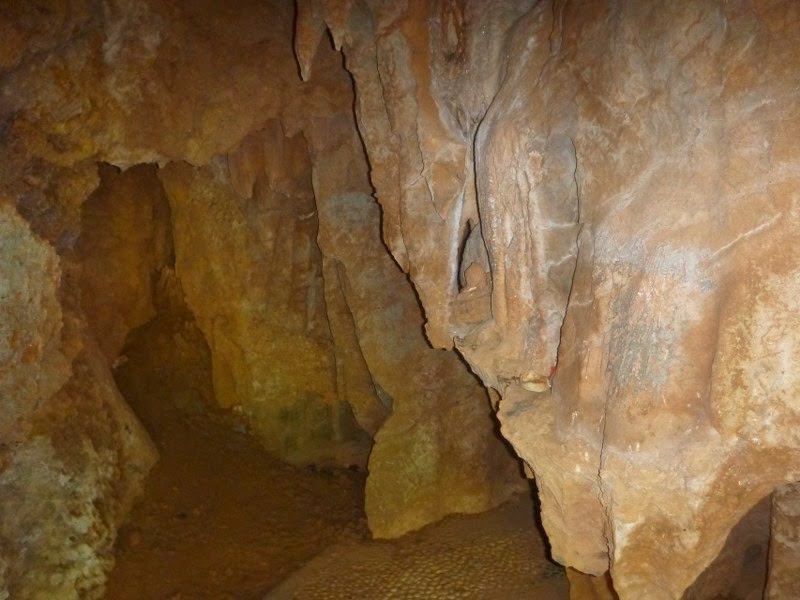 Some of the rocks were pretty bland but then they would give way to areas of vivid colour..... 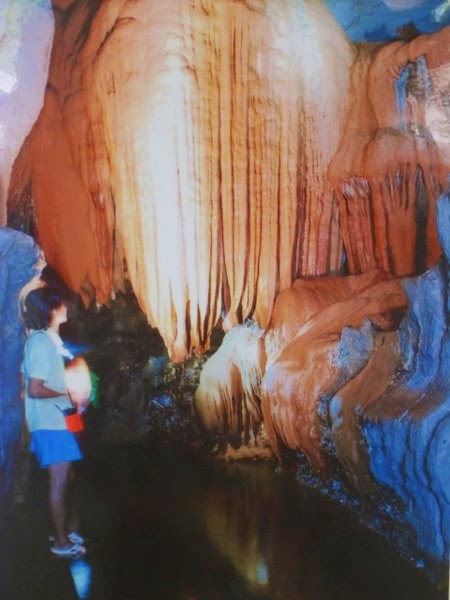 ......and this sort of scenery. We were able to leave bamboo rafts and walk sections of the cave to admire such sights from the natural rock platforms surrounding the deeper pool sections.

And even here, deep underground in total blackness, were little fish swimming about in the stream and collecting together in these pools. 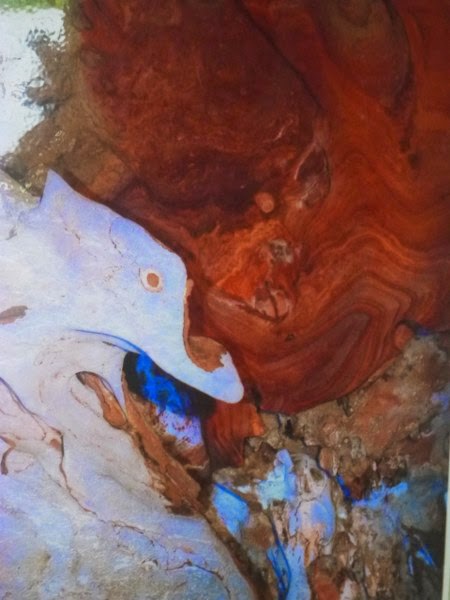 It's always amuses me why natural patterns or formations have to be categorised and that this categorisation becomes an extension of the imaginitive culture of the country in question. So, here we are in Thailand....a country that reveres the elephant....and lo and behold..there were elephants appearing in the rock formations all over the cave. Here's one! Can you see its brown/orange eye middle left? And the white head and trunk set against the orangish background? Yes! Thought you could. I was very fortunate because I saw the ghost of the first person who discovered the cave.....and this terrified our Asian friends who are deeply supersitious and certainly believe in Cave Spirits. Ha Ha...Bless! 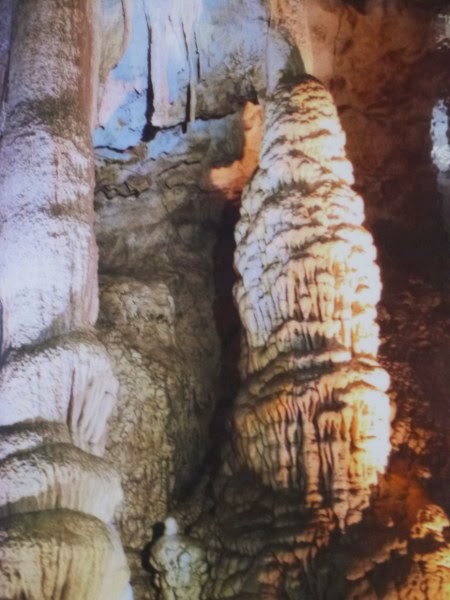 This of course is a crocodile. 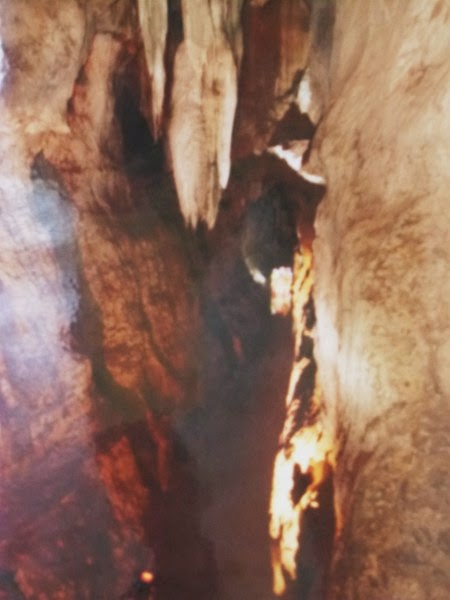 This was a narrow cleft leading to another cavern opening but was currently unnavigable because of the high  water level from the recent heavy rains (we've had several days of storms here). 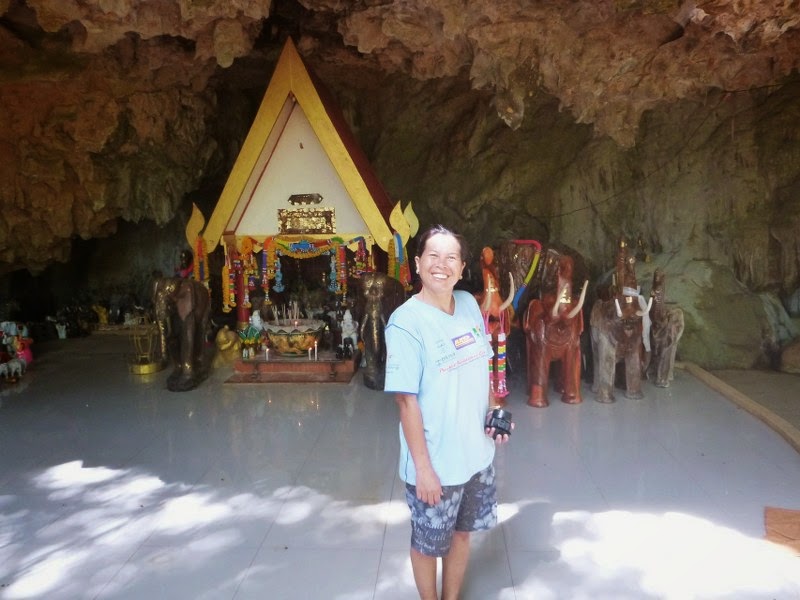 And at the end...you guessed it.....a little 'temple' with loads of elephants. This cave system is called Elephant Stomach Cave because the whole Karst mountain above it resembles an elephant....and we were probing deep into its interior.

I never realised the importance of possessing a vivid imagination when exploring caves.
Posted by OFFSHORE REBEL THAILAND at 10:33 PM