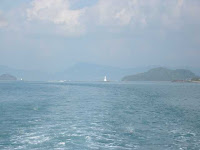 Today Keith and Richard joined 4 other Individuals on a 'game Fishing' trip out of Chalong.

With Game Fishing (or any fishing for that matter) you get what you pay for. The current price for a mid range game boat with air conditioning and all the works is £900 per day! This is for a 9 hour day. You are limited to 4 on the boat. 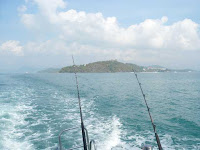 A good game boat is £1,800 per day between 4 of you! Unfortunately in UK we are mainly all skint. Thus paying £55 for an 11 hour day out wreck fishing on a 100 mile round trip will cause most UK anglers emotional trauma.....so game fishing is probably way out of most anglers' range. And, to be fair, I think Phuket is ludicrously over-priced. 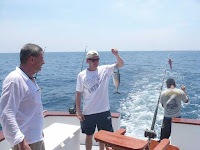 One way round this is to join up on an Individual trip on the equivalent of a UK inshore trip. Chartering the whole boat cost about £400 (8 hour day) or about £75 each as an Individual. There will be up to 8 on the boat but often it's more like 6. 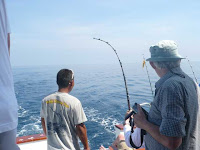 The boats are OK....there's no Air Con for that price but you will be very well looked after with lunch, fruit and soft drinks all included.

Keith and Richard joined such a trip and were rewarded with 7 small tuna between them but they also saw (it wasn't their turn when the game fish hit....which is why it's better to charter the whole boat for 2 of you!!) two sailfish landed, one lost and a marlin lost. A couple of barracuda and a wahoo were also caught. 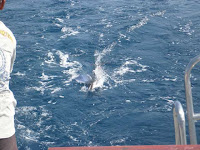 Now this IS a good day out from Game Fishing standards....there will be MANY trips when no sailfish are caught and certainly no marlin hooked up!! So the lads fully appreciated that they had been on a good trip and thoroughly enjoyed the experience. 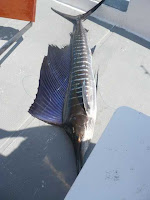 Here's one of the sailfish that was bought in and kept due to 'deep hooking'. The Thais are not the best in the owrld at releasing fish...but if you charter the boat then you could do so ONLY on the understanding that the sailfish or marlin are released.
When EFSA held its Game Championships here in 2003 and chartered 20 boats they did so only on the strict understanding that the skippers would release everything...which they did.