A few last holiday snaps.....the last few days shot by with us doing plenty of things....but now we are all back and ready to go to sea tomorrow... 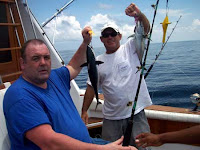 Another attempt at fishing bought yet more small tuna. Dave the Australian guide says he's gonna come and visit us in Weymouth. I've invited him out to see how we fish in England...so maybe some of you will get to meet him. Smashing bloke...knows his Game Fishing inside out. 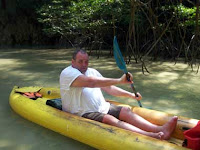 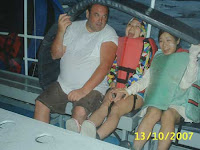 Bert says this was one of Gary's better jokes.
Sweet, eh? The lads were on the kayak trip and the weather came up very rough. Our two heroes looked after the terrified (I'm not joking) customers and made 'em laugh. What brave lads they were! 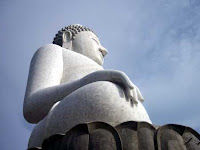 Bert was impressed Gary did modelling in his spare time 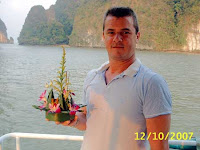 Bert said he was off to 'get in touch with his feminine side'. So he went on a flower arranging course. See, there ain't nothing these two won't try. 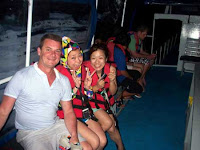 Bary ran out of jokes so Bert took over...and presented one little Japanese girl with a silly hat. They are SUCH good lads!! 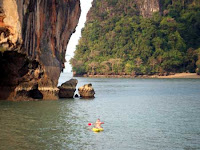 Bert's great escape. Gary and Bert started off in a canoe together but it wouldn't go...I wonder why. When Gary wasn't looking Bert buggared off...quick! 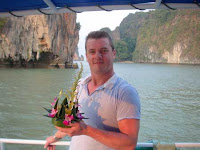 I know....but Bert looks so pretty I know you'd all want to see this again. Ha Haaaaaa 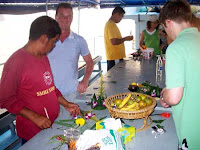 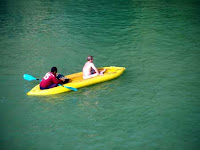 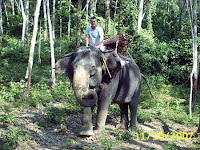 Bert lost Gary and then got lonely so tried to find something to remind him of his mate..........

So, that's it everyone. We are all back....well; not quite! As there are still more of you lovely people going to the house...Jai has stayed behind to keep things going until the end of April. She'll be coming over on May 1st to do the crewing bit.
She told me the current group are very keen divers so she'll take the camera and email me some more underwater stuff....so watch out for one more entry.
Now I told you it was going to be busy out there next season....February has all but gone. I think we have ONE room free in the second half of February. Half of March has gone. January's started to get booked............so don't delay...seriously...it'll all be booked before you know it. I think you could ask any of our guests what they thought of their Thailand Adventure Holiday and I know they will say it was brilliant...because it was!!
Share some of it...email me...and book up a slot.....pwhittall@aol.com
Thanks for reading everyone...this little blog peaked at 423 in the middle of March and averaged overall 260 hits per day which is very good as it was obviously just one or two to start with until the word got round.
Happy Fishing this year to all of you!!

Posted by OFFSHORE REBEL THAILAND at 11:16 AM