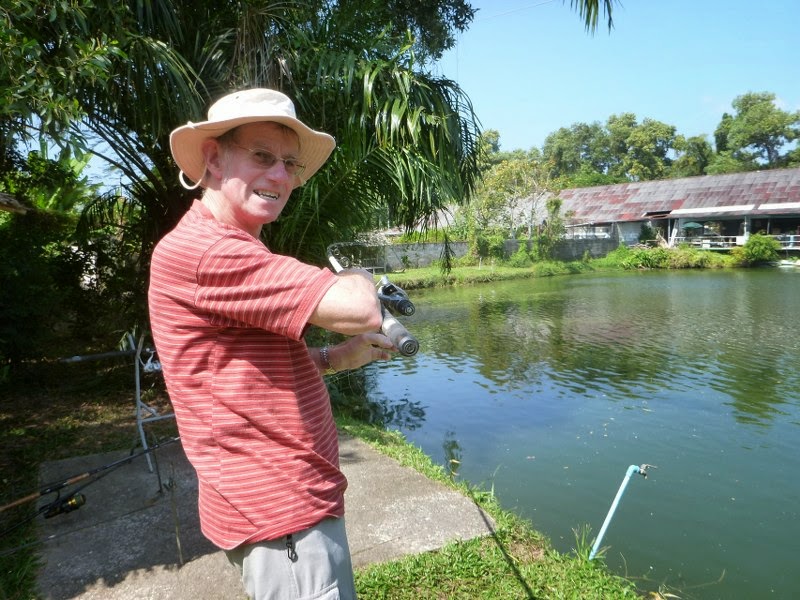 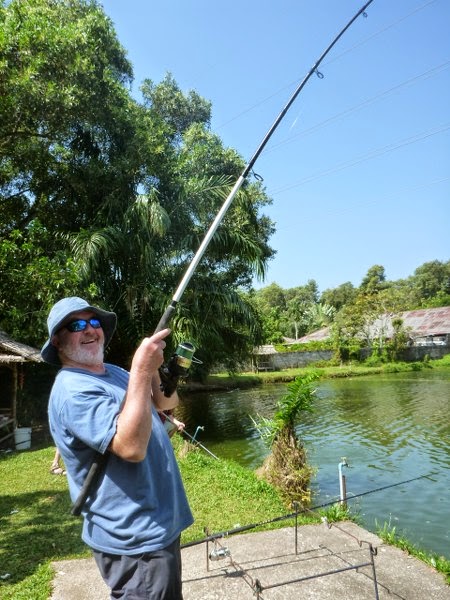 Unless you go well offshore and fish preferably on a liveaboard trip for 3 days the sea fishing around Phuket (Dec to March) is expensive and non productive. This was never meant to be an angling holiday as such but we were able to fit a day in. I convinced our EFSA sea anglers to have a go at the local lake, the Phuket Fishing Park.


This small lake rarely fails to produce and with its stock of carp to 70lb, catfish to 40lb, redtail catfish to 90lb and paku well into double figures there is always the chance of several very lively tussles.

These freshwater fish are definitely on steroids or something....they fight like demons with
the paku being utterly manic. It's really great fun and we have enjoyed many great days there over the past 8 years now! 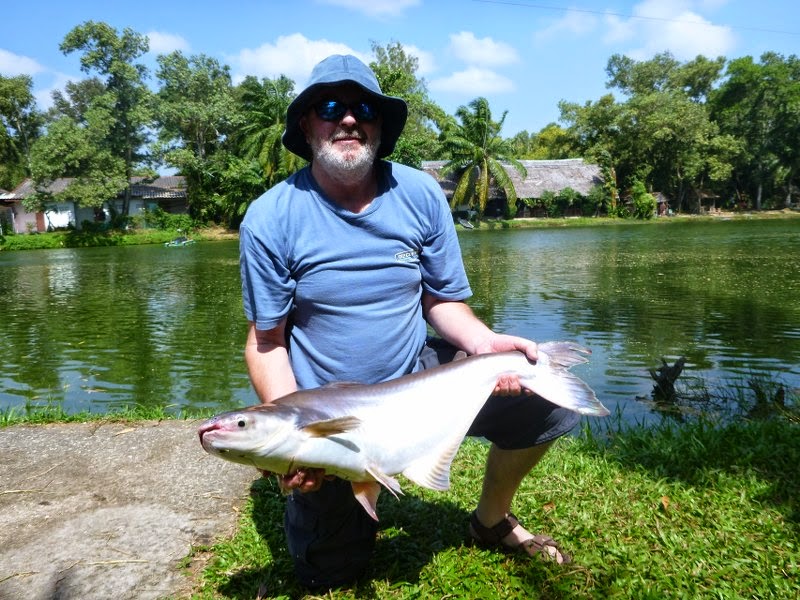 And here's Richard again with a catfish in the 20lb region. Catfish are usually the most common catch but on this occasion it was all about the paku. this meant a number of fish were lost as they bite through the 60lb (!!! Yes, 60lb! Mono) trace with ease. They are also good at snapping the line just at the net with a powerful last surge away from the lakeside. 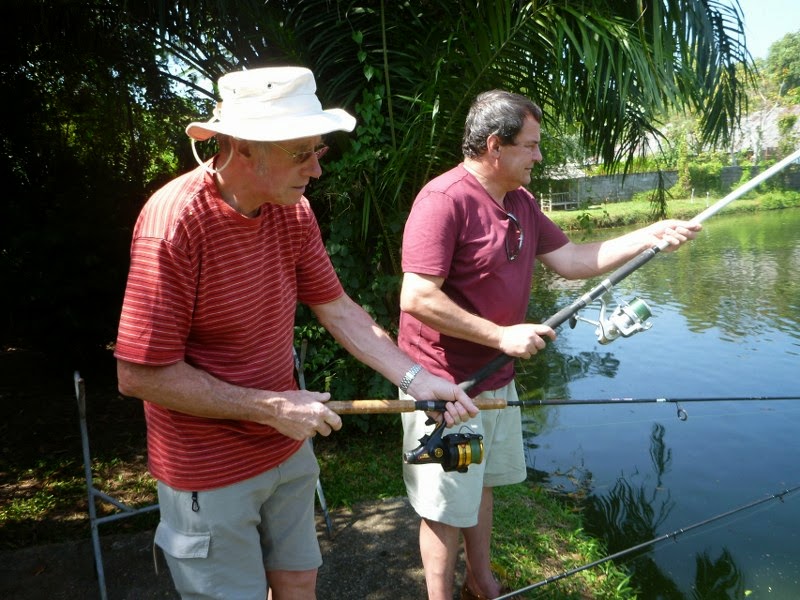 Kim Bowden (L) and Andy Smith (R) at the ready. After trying to impress our men about the strength of these fish, Andy's first bite (minutes after casting in) resulted in his rod and expensive Penn reel shooting into the lake...gone!! Luckily the years spent pampering to my angling customers allowed me to spend an hour with my specially made 'creeper' rig casting merrily away trying to hook either his rod or the line. Fortunately my endless patience paid off and the gear was retrieved...but the fish had 'gone on' as we say down Dorset way. 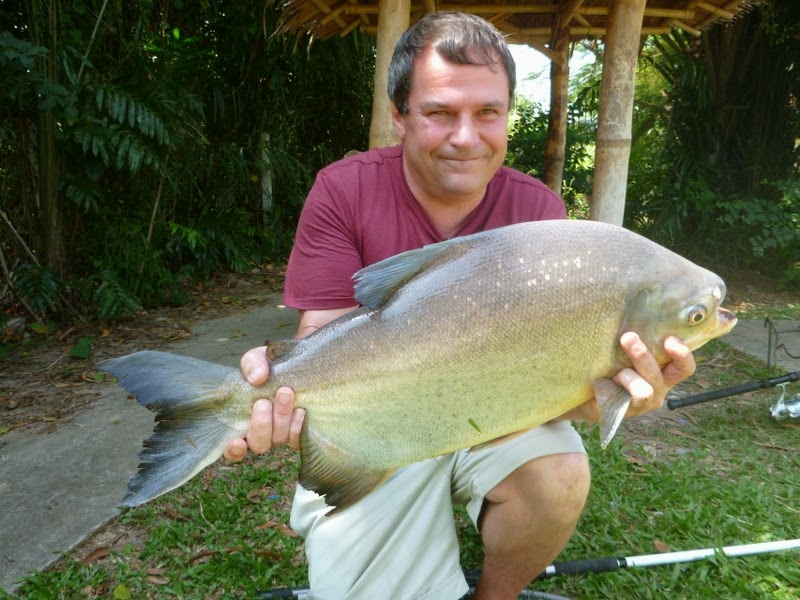 Looking understandably sheepish, Andy Smith presents one of his pacu. It was to be Andy's day as his tally increased rapidly in the afternoon with fish taking the second his bait hit the water. What a gifted EFSA member he is.....and a great pre- birthday present as today, Thur 22nd Jan, is his birthday. Happy Birthday, Andy!! 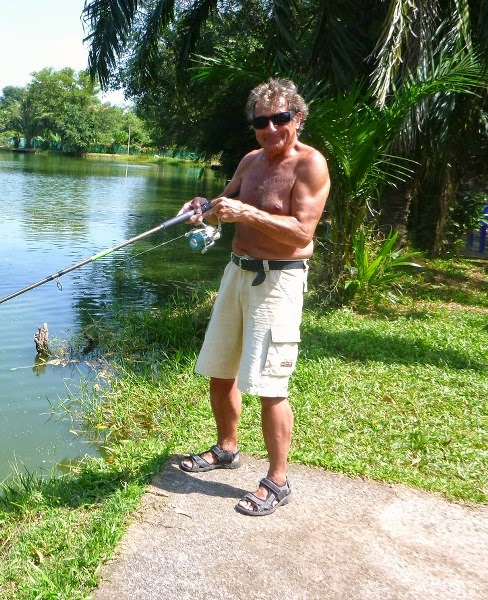 The locals will have the shirt off your back if you don't keep a sharp eye out. I was caught out playing a fish......darn it! 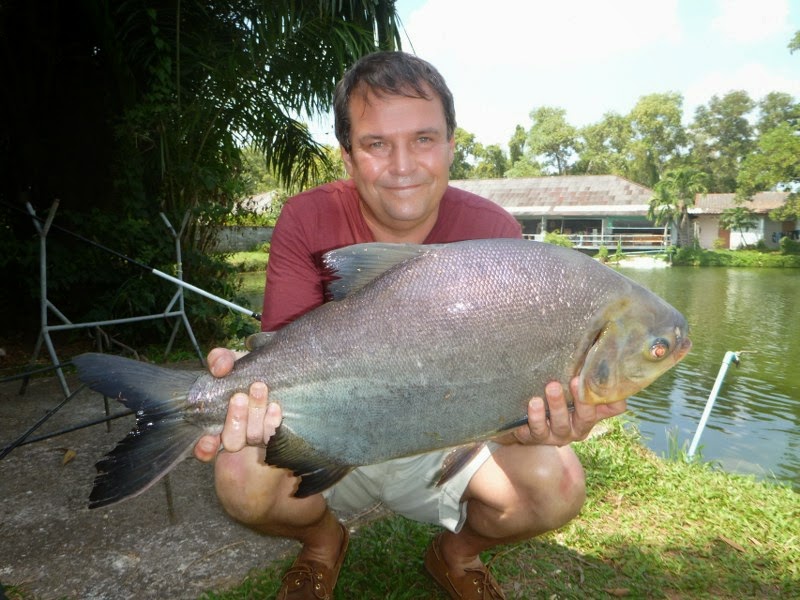 And here's Andy again....with another very fine paku. These powerful fish were all in the 5kg to 7kg range. 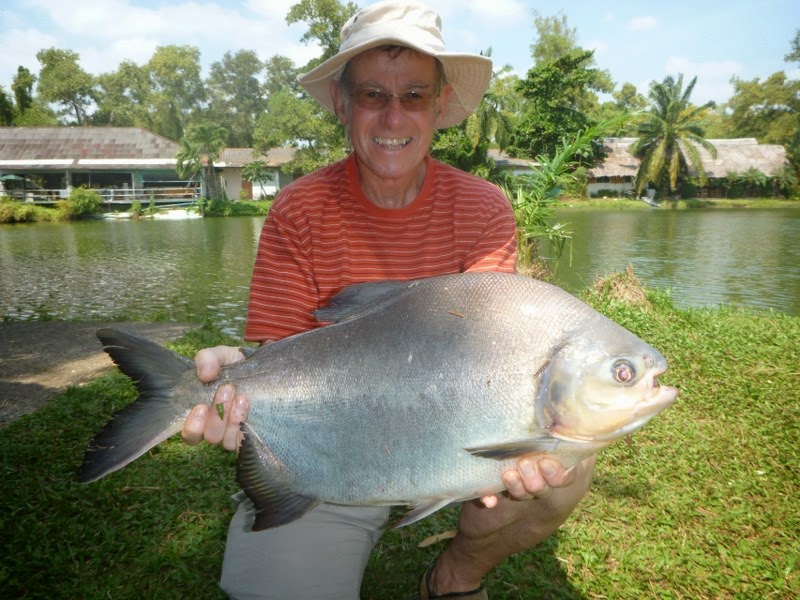 And Kim Bowden with another fine specimen. The fish came on either bread or carefully threaded tiny fish-feed pellets contained within the ground bait provided at the lake. 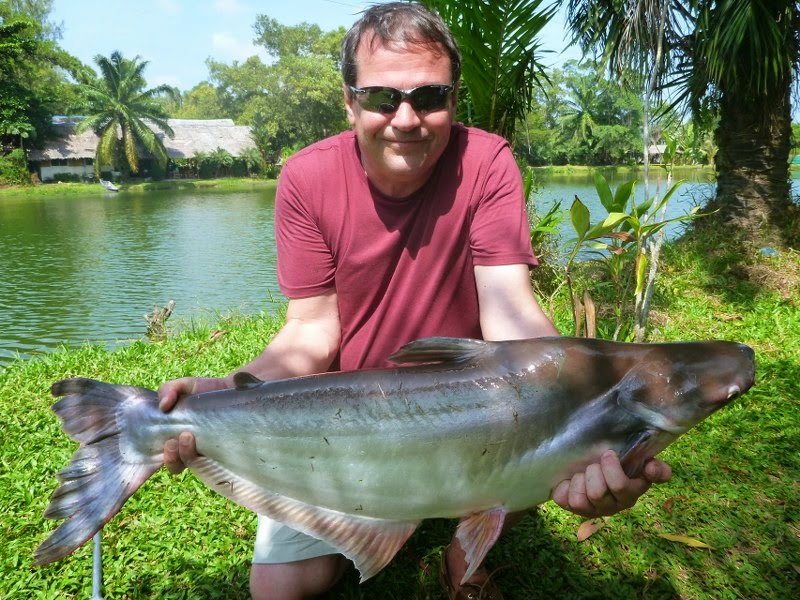 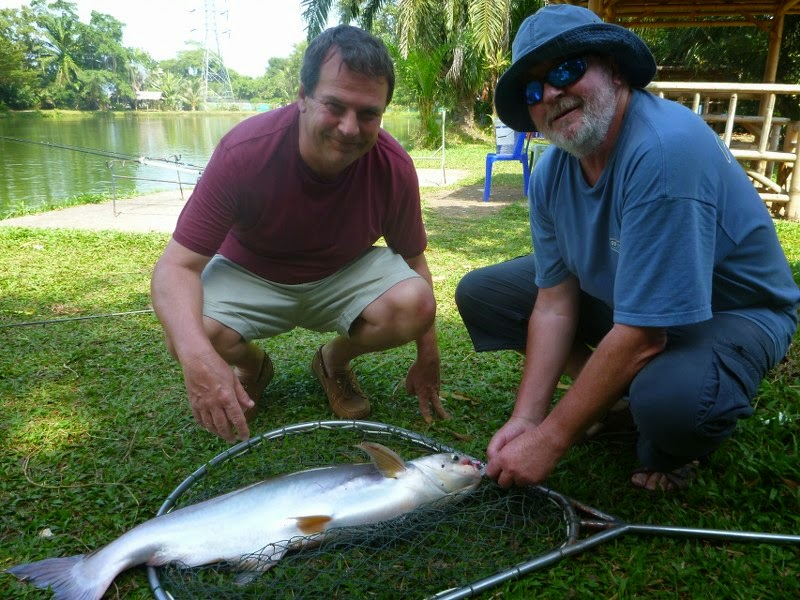 Andy and Richard unhooking one of the catfish.


Well we lost track of what was caught....suffice to say we were kept pretty busy, often with two fish on at a time. This was a very pleasant day and yet another reason to have a holiday here in sunny Phuket!!
Posted by OFFSHORE REBEL THAILAND at 11:59 PM