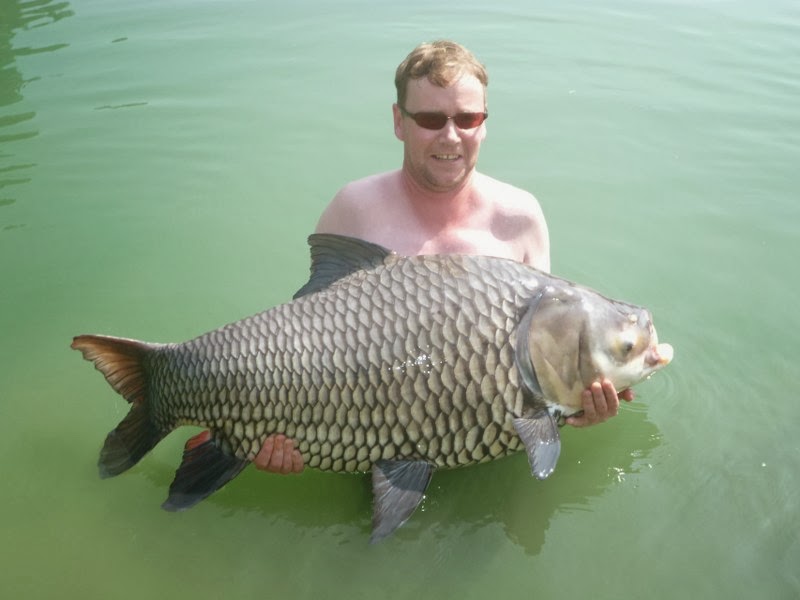 Here he is...the famous personage on my Facebook page, Mr Richard Spracklen from Wool. Many of Richard's fishing friends would have enjoyed seeing his many photographs of the fish he caught from the Ascension Islands. Richard was sent to the Ascensions last year, as a construction materials analyist,  in October 2012 for a six month contract which turned out to be nine months until July 2013. Unfortunately this meant that Richard had to endure a considerable amount of tuna fishing resulting in many yellow fins up to 320lb. 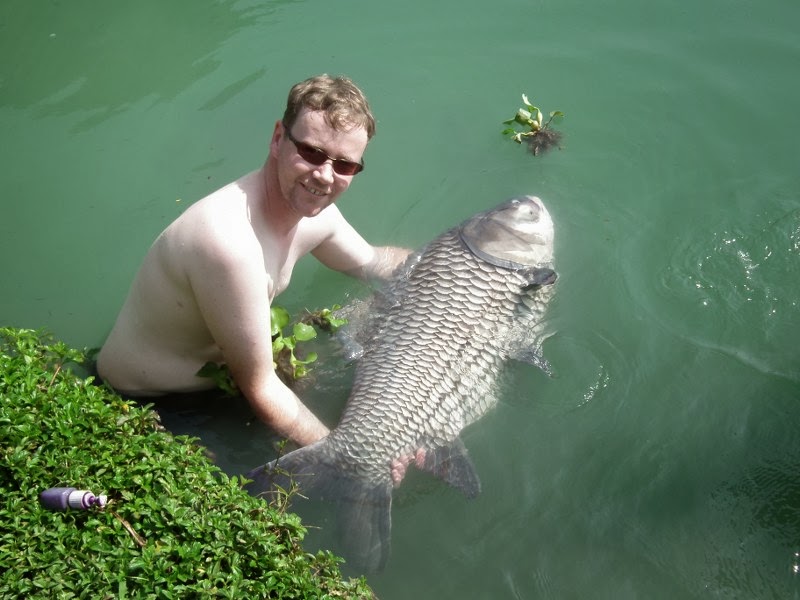 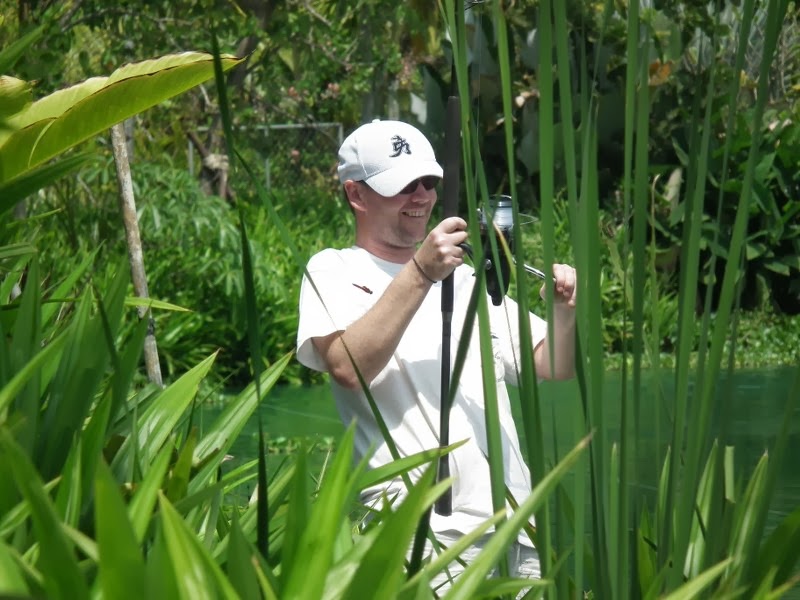 The lakeside foliage is well established so it can be quite difficult to find your angling companions. 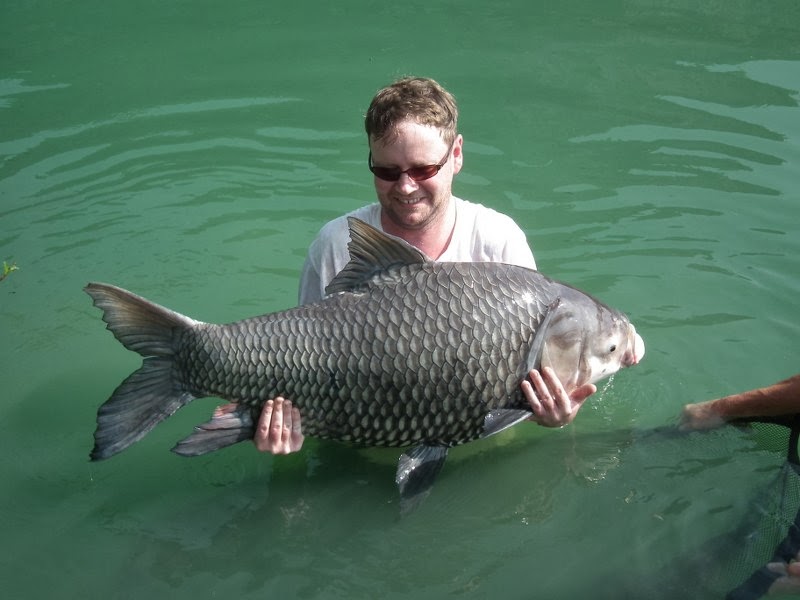 Here's Richard with another of his fabulous Simaese Carp 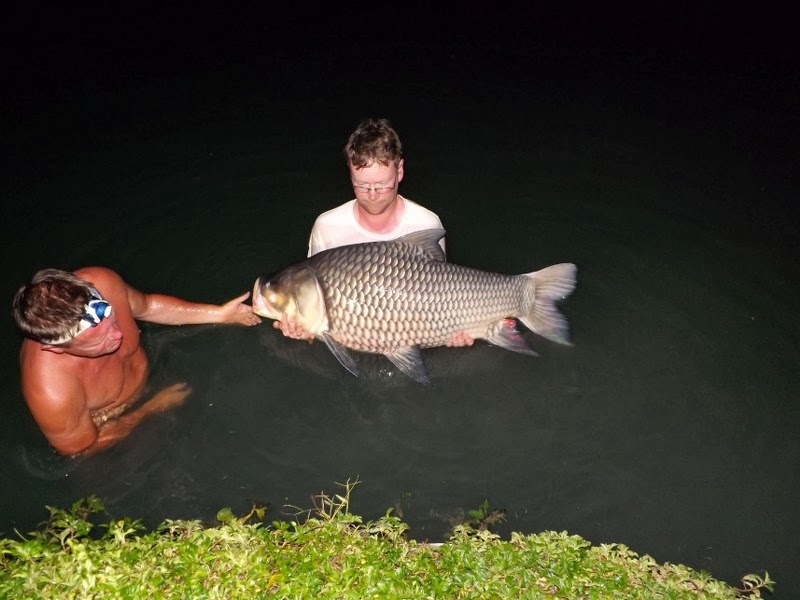 And now in the water with Geoff, our Guide, with an early evening carp. The sun sets fast over here. We are only 7 degrees (so 540 nautical miles) north of the equator so we go from dusk at 6.30pm to pitch black by 6.45pm. 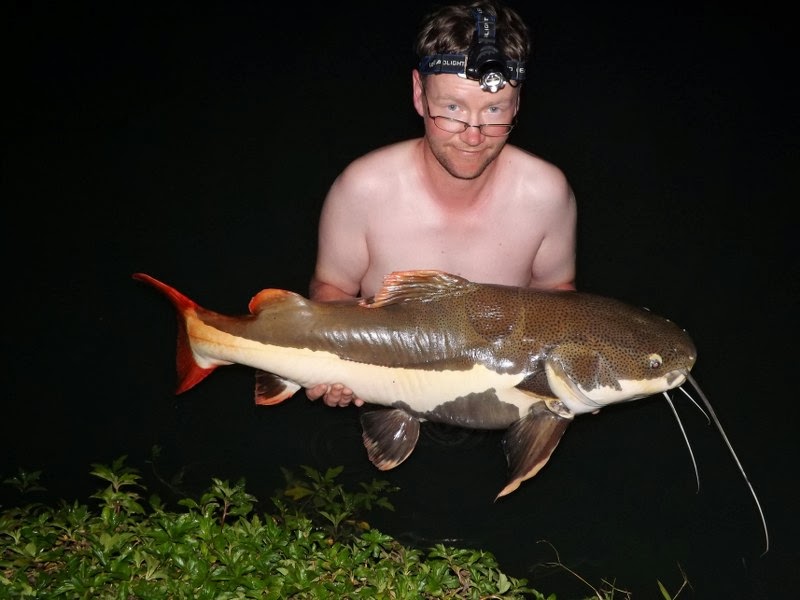 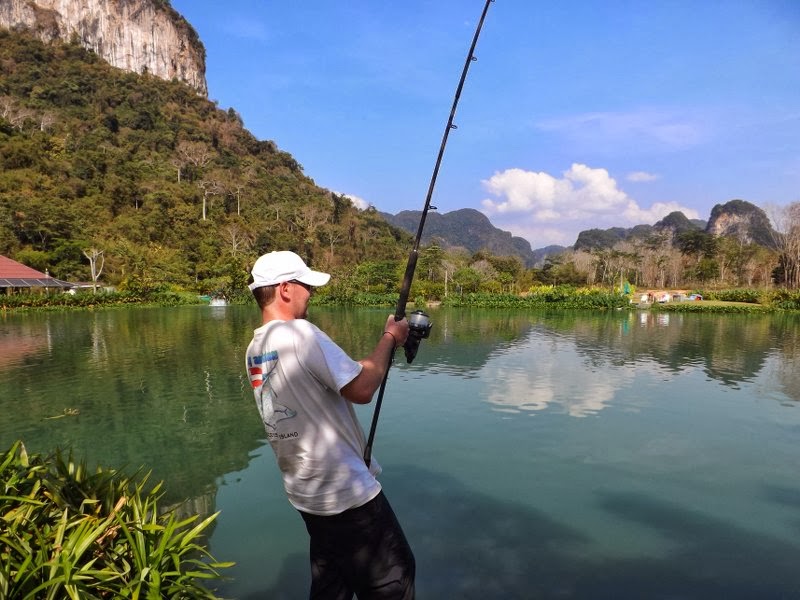 Richard playing one of his fish. The temperature is about 88 degrees so hat and sun glasses are just a bit important. Getting into the water is a pleasure after a lengthy period playing a big fish in the heat. By now you will all know that these magnificent fish are treated as gently as possible and remain in the water with the angler joining them for a photograph. One lift is allowed for the photograph with the bigger fish being supported by two guides either side of the angler...so it's important to have the camera charged and ready.
Posted by OFFSHORE REBEL THAILAND at 1:08 AM