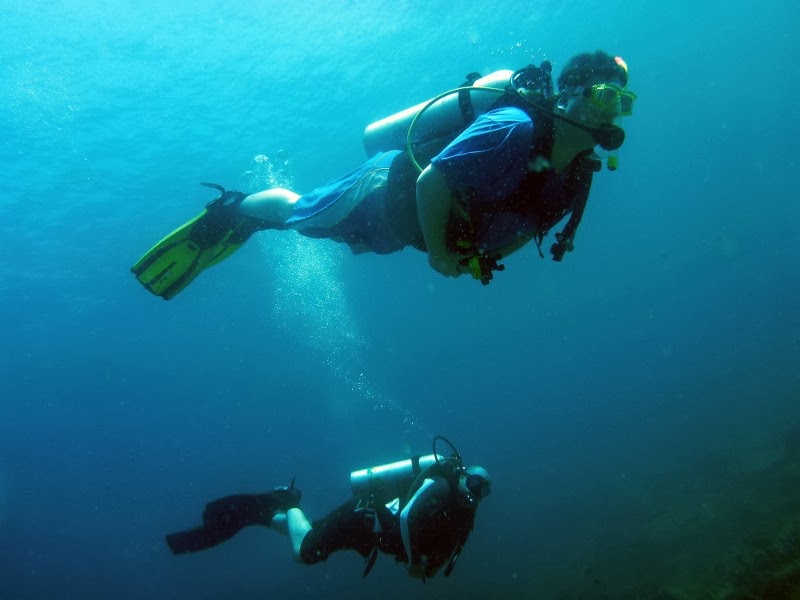 Heath from Southampton and Dave from Dublin (in the background). 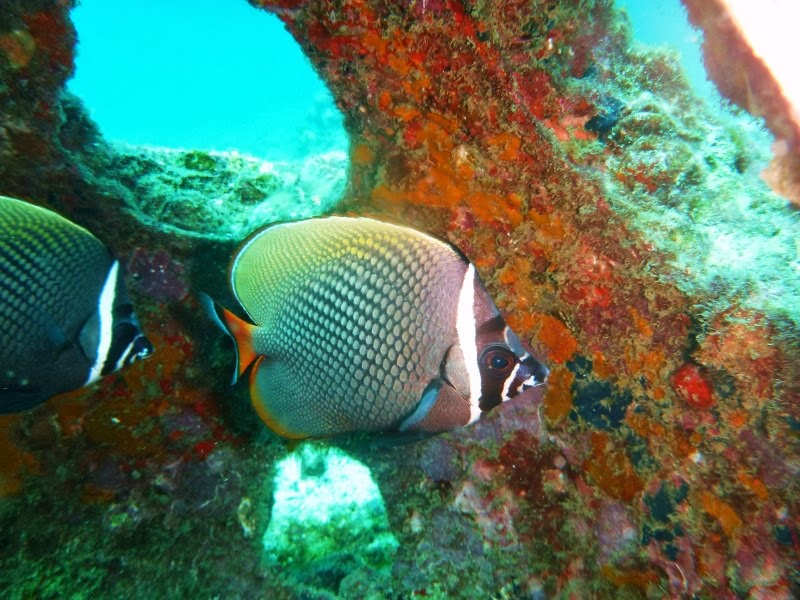 As always there were man different species of colourful fish to photograph....and the brightness of the sun coming through the water certainly helps with getting your photo's. 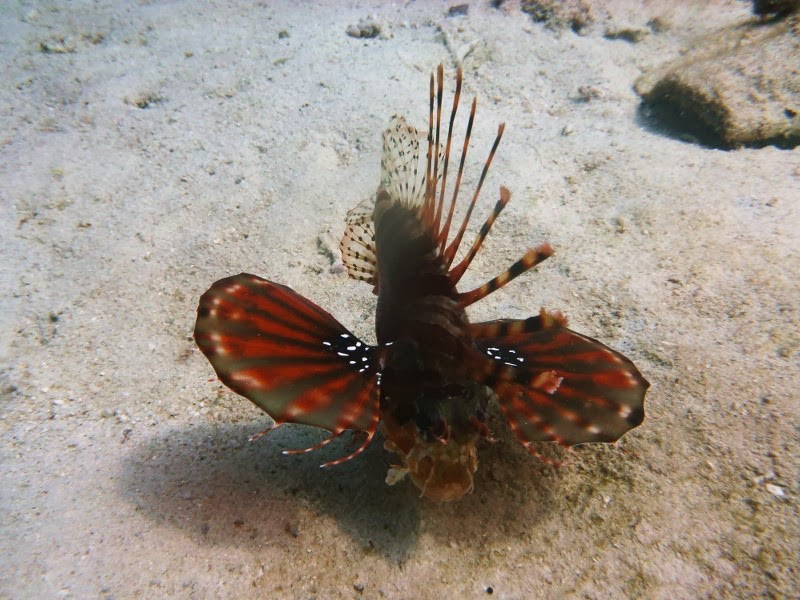 Lionfish are always photogenically obliging....just advisable not to get to close to them as they pack a hefty poisonous punch completley out of proportion to their diminutive size. 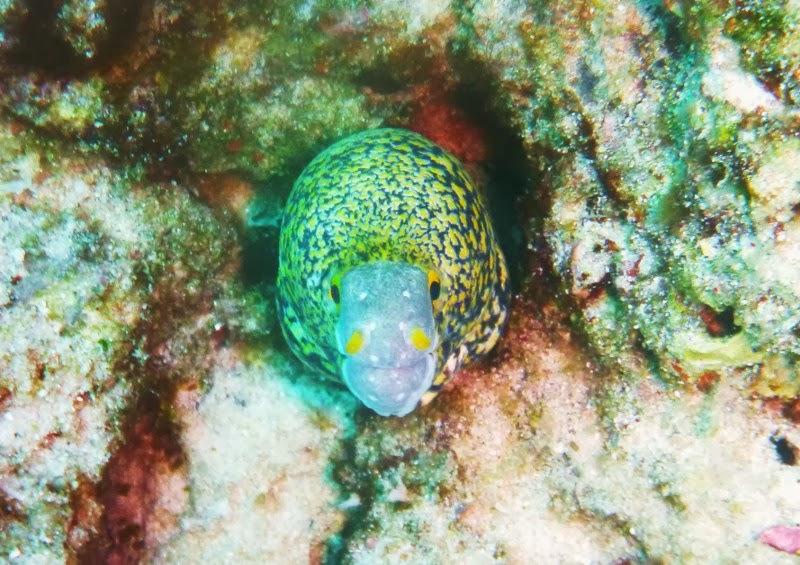 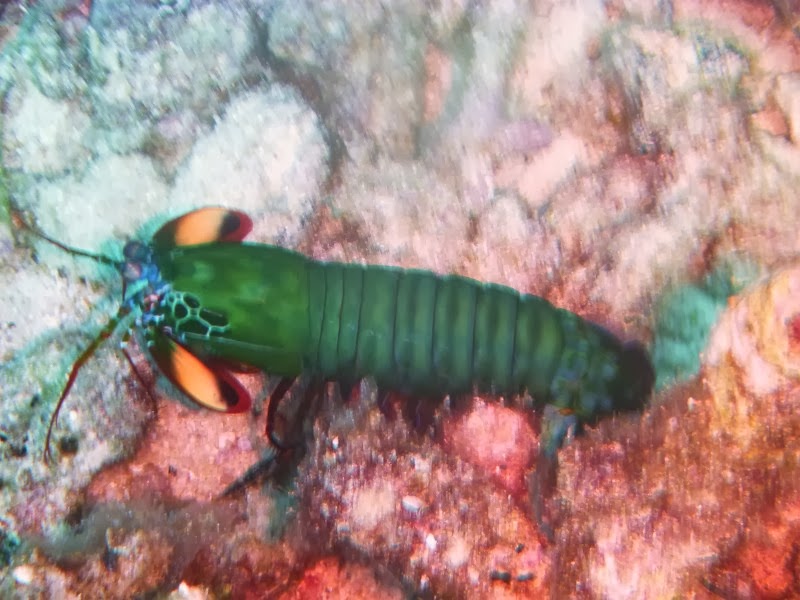 There were plenty of mantis shrimp all over the dive sites and clear of cover which is unsual. They certainy weren't bothered about us lot and seemed happy to pose for me! 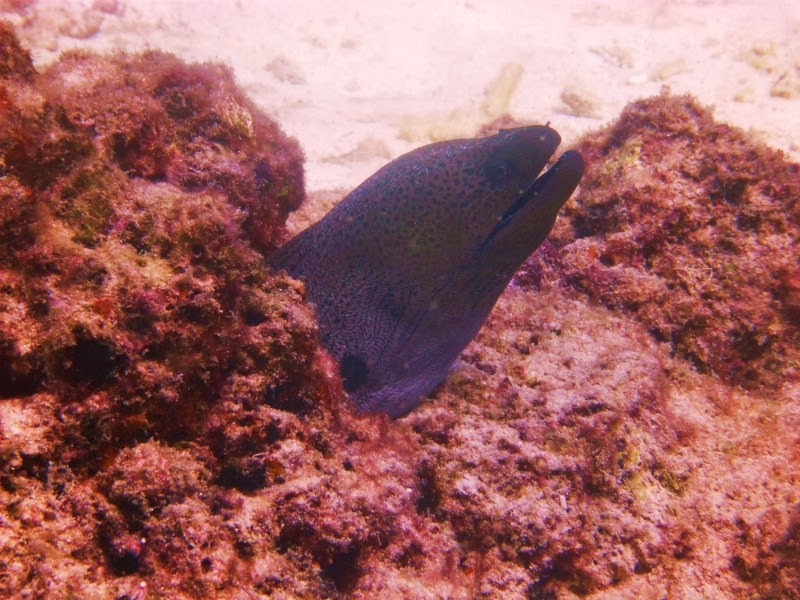 We saw quite a few moray eels of varying sizes. This one is a Giant Moray...and it WAS pretty big with its body coiling around its coal home. They get quite stroppy when you poke one of their coiled bits...never mind tho' as Jeffery was the most likely to get bitten in this instance. 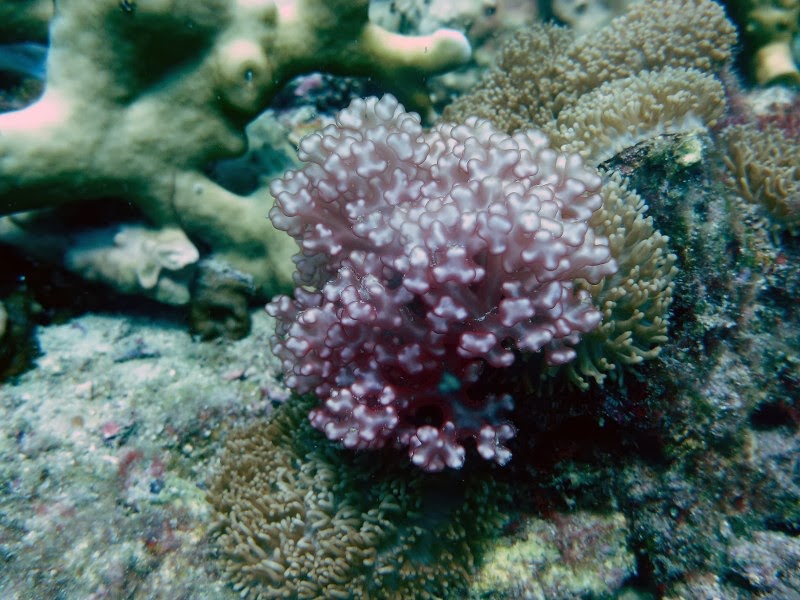 All three dives featured a dazzling array of soft and hard corals...it's pretty mind boggling seeing all the different colours, shaps n sizes down there. 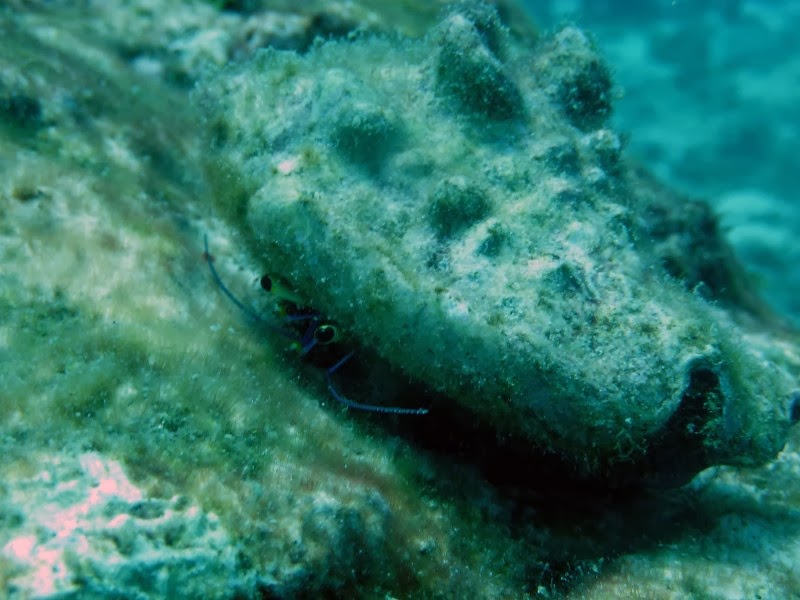 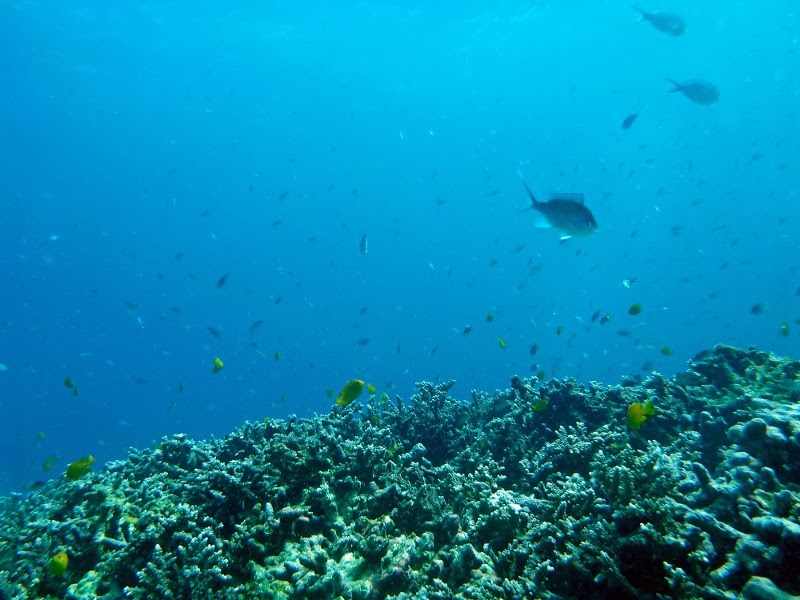 Big areas of low lying coral were a main feature of the Racha Noi dive. 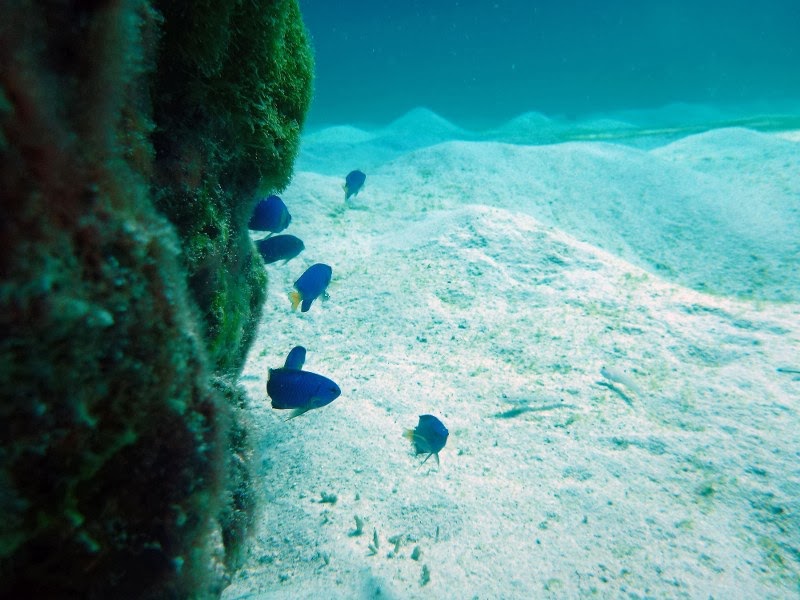 The Racha seabed features areas of brlliantly white soft sand which show up the fish colours to their best.

The three dive day programme brings us back to Chalong Harbour at pm. Apart from our three one hour dives we were treated to a constant supply of soft drinks, fruits and Thai lunch. There was an endless supply of toast and various spreads.

The dive companies do look after you very well. They can do this because of the amount of staff every boat has. Unemployment in Thailand is officially given at 0.3% (I don' tbelieve that for a second) which means there are many more people than necessay doing a job that just one or two people could do. On the dive boat the Captain is just that...the Captain. You do not see him. He is in his wheel house doing what a Captain should do....captaining the boat! He has at least 3 boat boys running around doing all the crew type stuff. Then there is the cook.....and his helper. Then there are the dive company people...the dive guides, the photographer, the trip co-ordinator...and then there are a few of us, the customers!! We are often in the minority....and thus we are spoilt rotton.

Th dive boats are rarely full. Diving is expensive here. It used to be cheap in Thailand. Nothing is cheap now and Phuket is expensive by the rest of Thailand standards. A typical 3 dive day out is £80 which is a lot of money especially if you would like to do a few dives during your holiday here. This is why we doa lot of shore dives....free! And several Longtail Boat days which work out at £15 each for two fives.

But nothing can beat the offshore dive sites and best of all are the Similan Islands. We are due to go there on Sunday for a 5 day liveaboard trip. Jai is depressed because she cannot come because of her injuries but at least she has two lady customers also staying so she will have some company.
Posted by OFFSHORE REBEL THAILAND at 5:48 PM