The Americans Are Coming
Ah, the power of the web, eh? Today we have two American couples staying with us.....they came via the web. They are SOOOOO excited to be here. Aren't Americans just so upliftingly POSITIVE about everything????
Tomorrow I will be giving them a whirlwind Cultural Tour of the area before I leave 'em to it!
Tomorrow's photo's will thus show our Amercian guests bouncing about and being incredibly enthusiastic about EVERYTHING I show 'em.
Jai is on her way now up to Bangkok to sort out work visa's for this year's crewing in Weymouth and I am off to Bangkok in two days time to meet our next guest from the UK who has asked me to escort him on a tour of Bangkok and then the River Kwai area (he's an elderly gent; an ex-serviceman who served in India and so wishes to revisit some of his past...) which is to the west of Bangkok.
I'm looking forward to that. It's great doing this, eh? I never know what the next adventure is....I reckon it'll be fascinating touring the Bridge Over The River Kai area with such a person. After a few days up there he'll be coming back with me to Phuket for another week and will be joined by the famous Jeff (I'll go with the flow) Whittard and his new glamourous Thai wife, Om and also Graham King from Weymouth who is determined to have some adventures after the sad loss of his lovely wife last June.
It's all lining up for a very varied couple of weeks.
Today Jai and I went diving. Here's a few photo's of the first of 3 dives..... 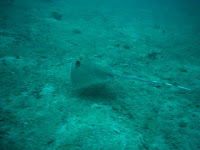 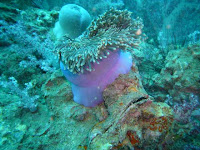 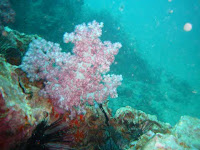 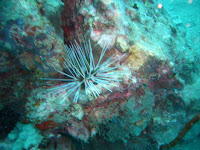