This is where it all starts...at the Rawai Fishing Club HQ with a beer or two and enjoying the stunning views across Rawai and of the outlying islands.

Rawai is at the southern end of Phuket and contains the Sea Gypsy Village where we go for our famous fresh seafood feasts! 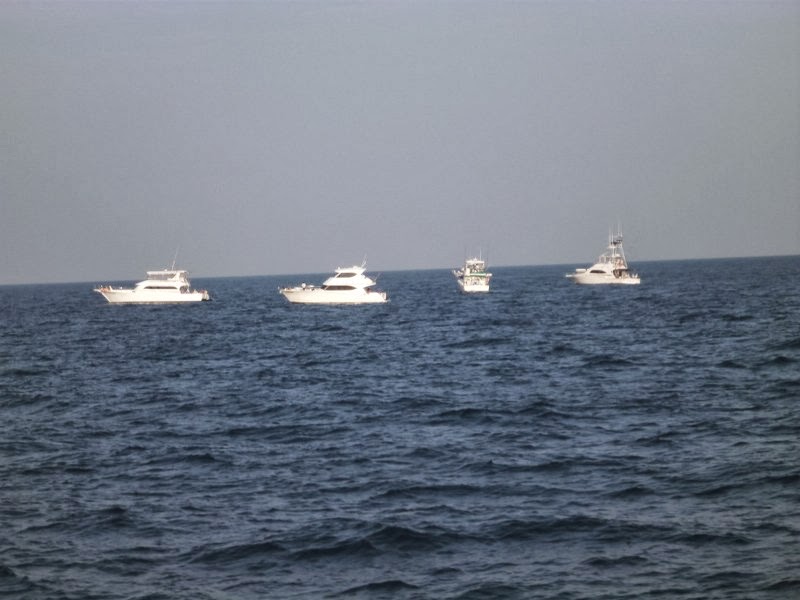 The boats travelled overnight from several mainland ports ready to start gathering offshore on the 25th (here's four of the Game Boats milling about) for the 0800 start gun. Competitors were allowed to fish non-stop until 1600 on the 27th if they so wished. This meant that the event was very much a 'Liveaboard' event as the boats were so far offshore. Boats that could not accommodate their anglers in this way used the 'Mother Boat' M.V. Phoenix which was stationed close to the shelter of Similan Island Number 4 and where Nok, Phoenix's brilliant Thai chef, conjured up amazing dinners for the 30 of us onboard. 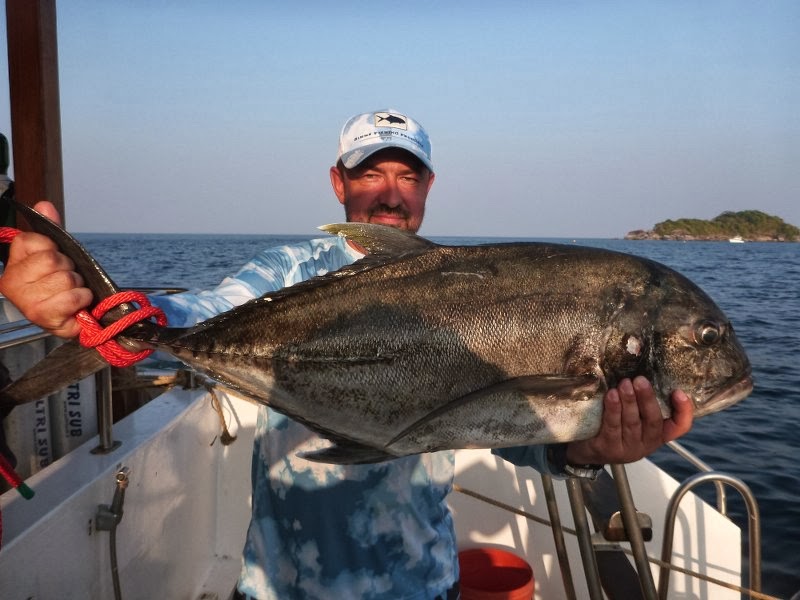 I know you readers don't know these lads (well, you may know one of them) but these men are all part of our great angling brotherhood and so it's just nice to see the fish they caught and to dleight in their success.

There were some excellent Giant Trevelly caught with the best weighing in at 16.3kg as caught by Anton Arefiev from Russia who fished aboard 'Zoom Zoom' in the Ardent Angler team. 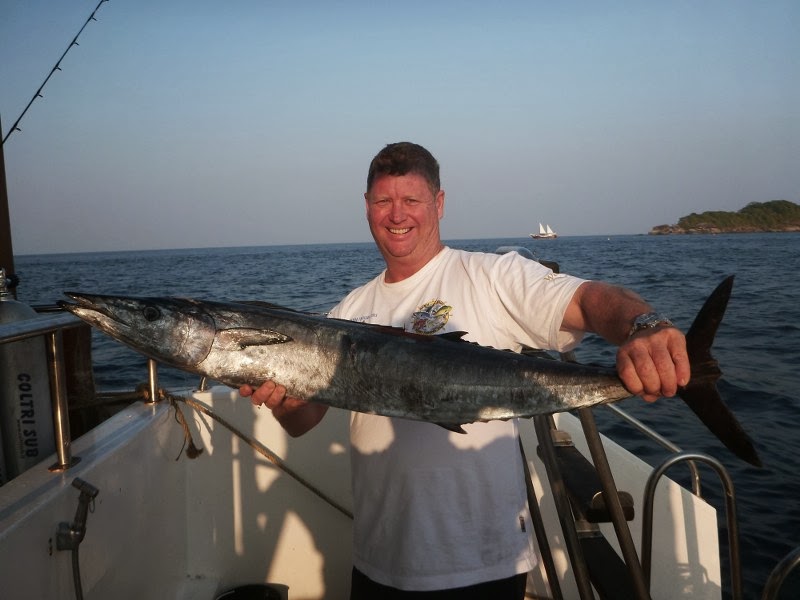 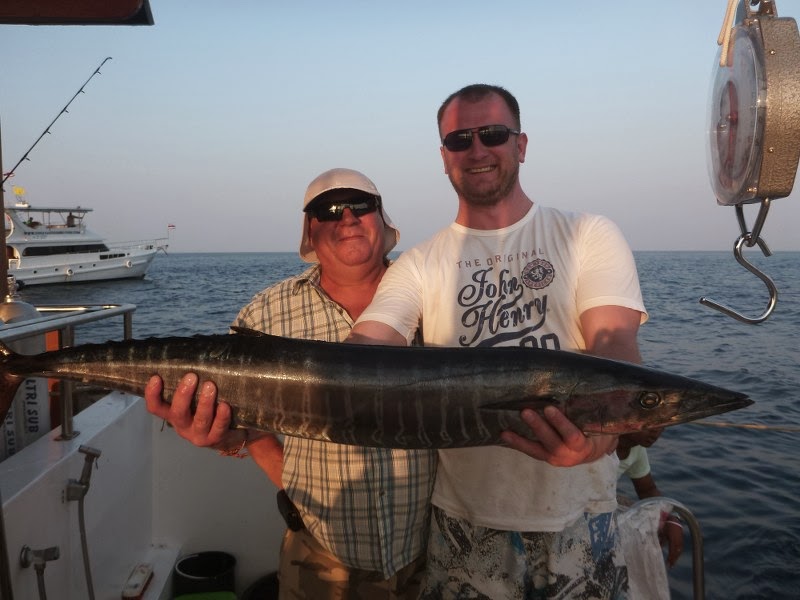 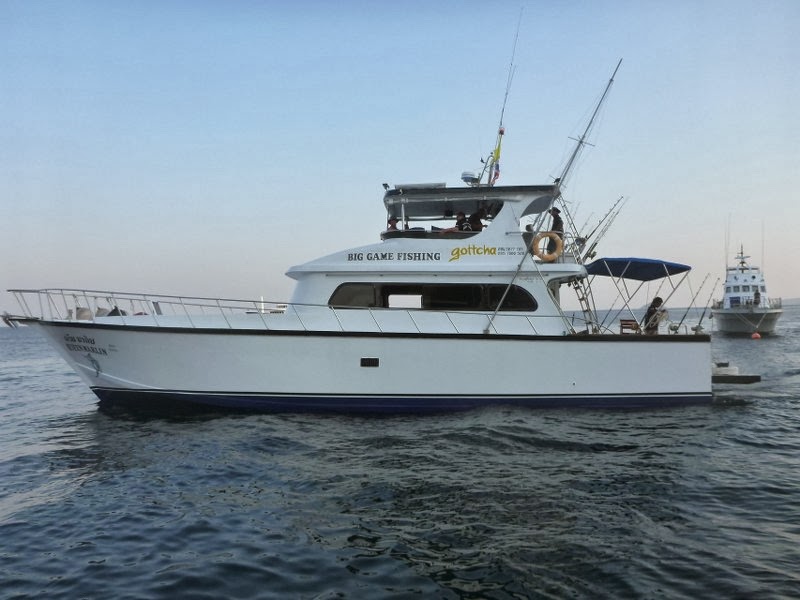 One of the participating Game Boats 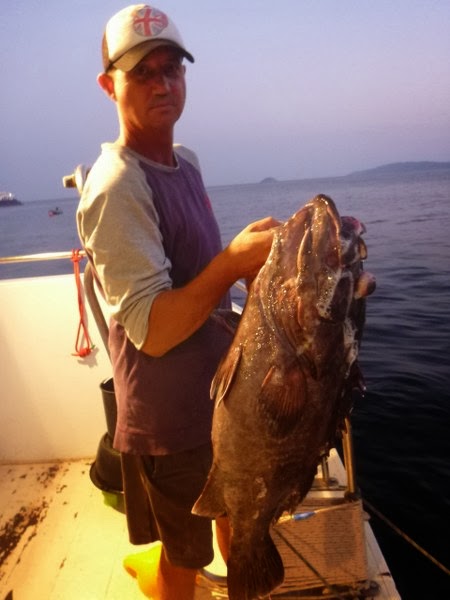 Monody Anderson from South Africa (but working and living in Phuket) with the 'other species' category winner with his 12.3kg bullhead grouper. Monody's team, KP, fished aboard Chok Taranee and won several species categories with a methodically successful approach to each different type of fish. although the big points are taken by the billfish, Monody's team took first equal place with the Autralian team Fish Darwin fishing aboard Sangtom, by deliberately targetting the 'lesser' fish but catching enough of them to equal the billfish scores with 110 points. 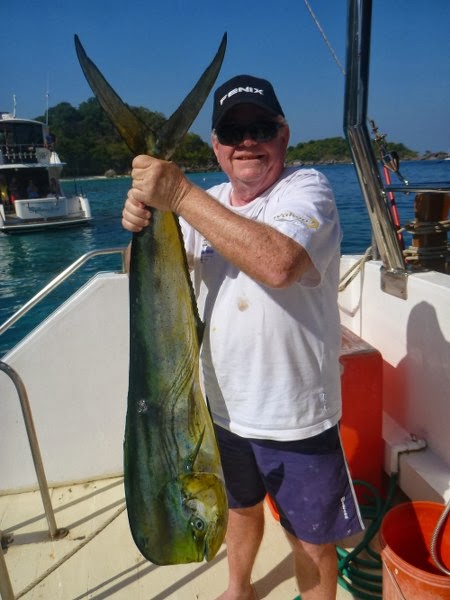 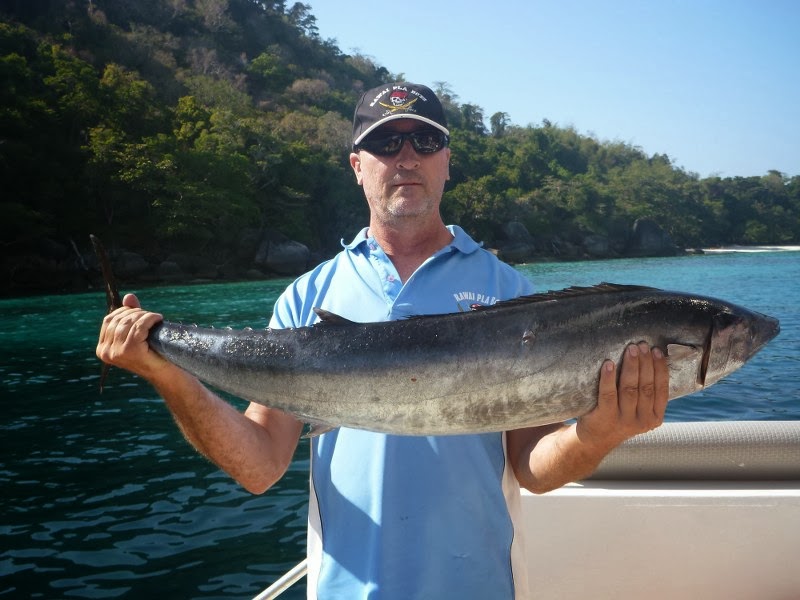 King Mackerel...wouldn't it be great if our mackerel went this big.

Next year's event will be in early March 2015. the event is open to all. if any of you chaps out there fancied entering or even getting a team together as part of a holiday over here that you are guaranteed to enjoy...then let me know and I can set up communications with the organisers for you.
Posted by OFFSHORE REBEL THAILAND at 6:39 PM